Student activists hold an anti-gun violence march on the Las Vegas Strip on May 28, 2022.

The group began at Mandalay Bay, the site of 1 October.

Jamie Bunnell, chapter lead of Moms Demand Action, said she’s angry that mass shootings continue to be an “American problem.” She began by apologizing to the students, saying, “Our generation has failed you.” 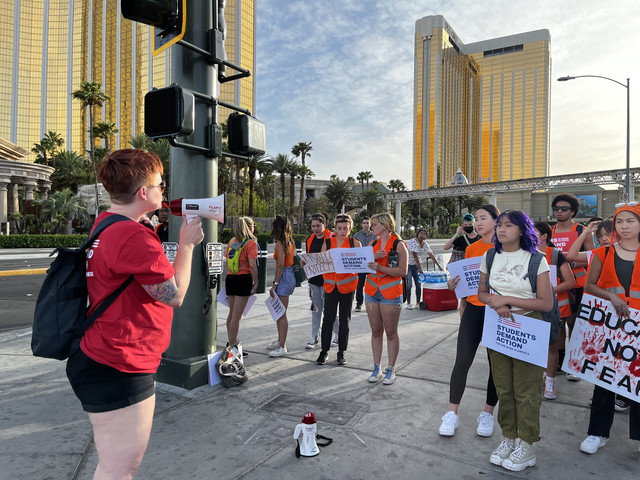 "I’m sorry. But I believe that you guys can make this happen," Bunnell said. "I need you to stay involved.  I’m so happy to see you here tonight.  But if you don’t stay engaged, everything keeps going just like it always keeps going after every single shooting.

The protest follows a mass shooting in Uvalde, Texas, this week, where 19 school children and two teachers were killed in an elementary school.

Green Valley High School student Cayla Thames didn’t mince words as the told the crowd it is evident that “waiting for our lawmakers to get basic common sense is no longer an option.”

“Our community still feels the effects of the largest mass shooting in our country’s history," Thames said. "After October 1 of 2017, we heard our lawmakers say 'never again,' only for it to happen hundreds of times more." 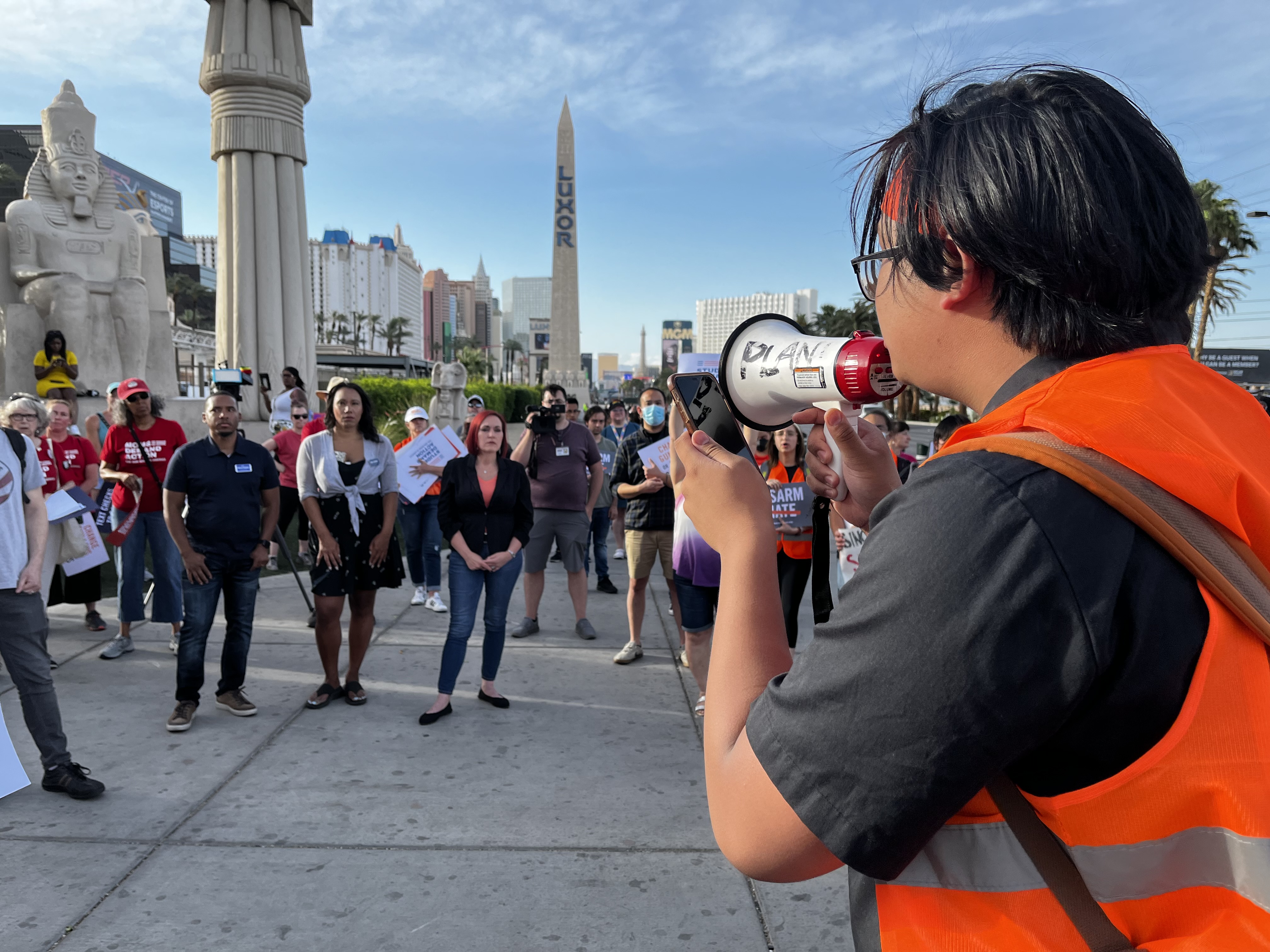 "We heard them say they wouldn’t sleep at night until guns would be regulated, only for them to return to their penthouses and suburban paradises and take a snooze for the past five years. We heard them promise us that our country would never know a tragedy like this again only for over a thousand more families to lose another child," Thames said.

She said children should go to school to learn academics, not survival tactics, and that "children are learning the pain of being penetrated by bullets before learning how to tie their own shoes."

"How is this our new normal? How have lawmakers, politicians and law enforcement excused their way out of action to this point?" she said.

The group marched to the Bellagio.

'Concreteberg' The Size Of A Blue Whale Plagues London's Sewers

When Police Come Near, BB Guns Look All Too Real