Onlookers admire the recently built “Man” which stands in the middle of Black Rock City on Sunday, August 28, 2022.

It started 36 years ago on the beaches of San Francisco. But since the early 1990s, Burning Man has called Black Rock Desert home.

Tens of thousands stream into Northern Nevada every year now for one of the biggest counterculture events in the world. But in 2020, COVID-19 forced the cancellation of Burning Man, and it was a huge disappointment for so-called burners. It was also devastating for businesses that had come to depend on that event.

So after a two-year hiatus, how are burners in the Northern Nevada communities feeling about the return of Burning Man to the Black Rock Desert? It's nearly 100 degrees in the Black Rock Desert, but hundreds are gathered on the playa and near Gerlach to watch Burning Man's in-house construction crew build a ceremonial spire out of wood, metal and whatever else they can find lying around. 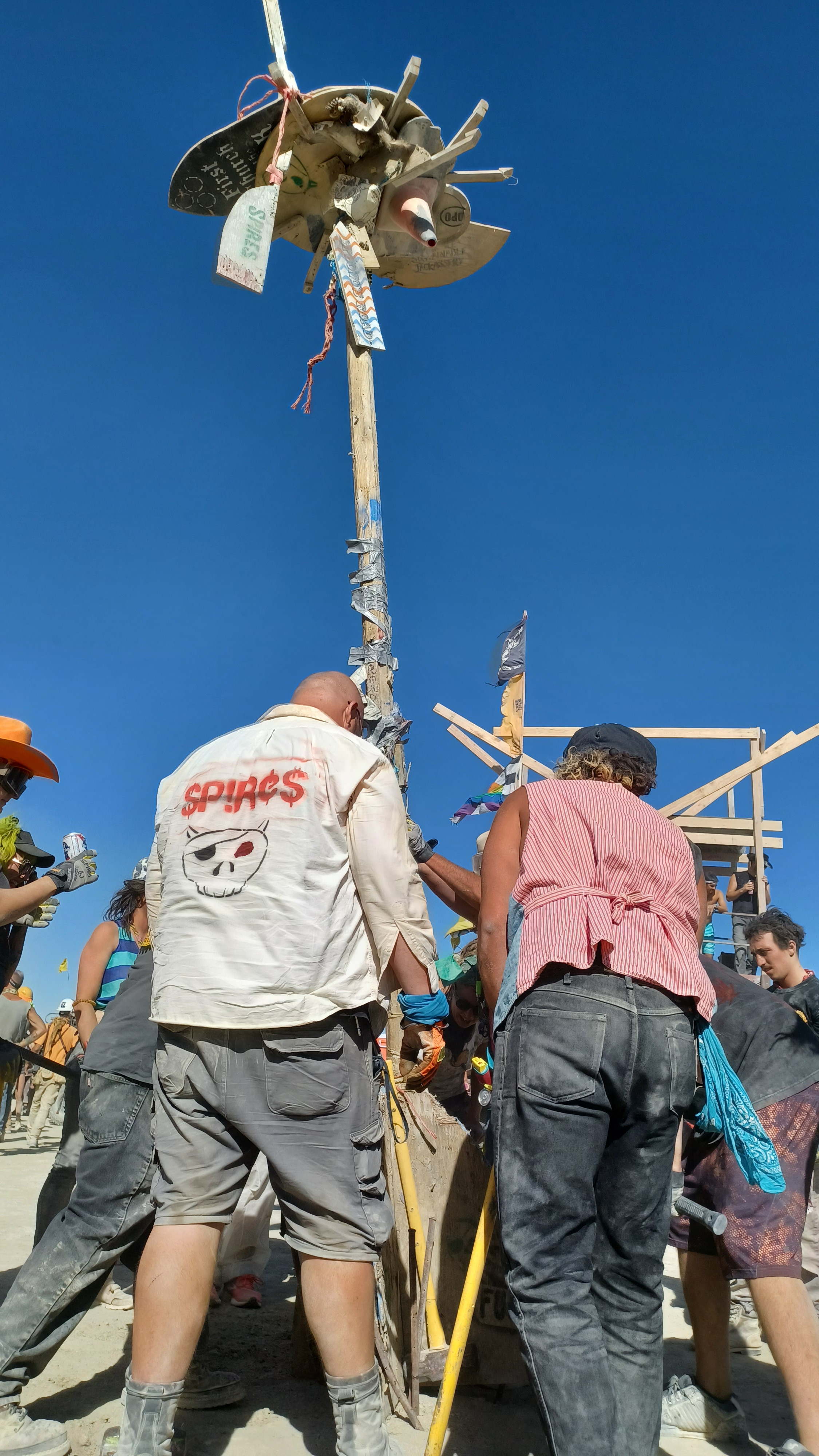 The placement of the 4:20 Spire is a notoriously raucous affair. It's one of the last official pieces of infrastructure built in Black Rock City. The crew known as the Department of Public Works uses it as a way to celebrate and to get some catharsis.

“This is like our version of the photocopier scene from Office Space,” said Austin Tacious, a DPW worker who helped build the city that makes up the Burning Man event. 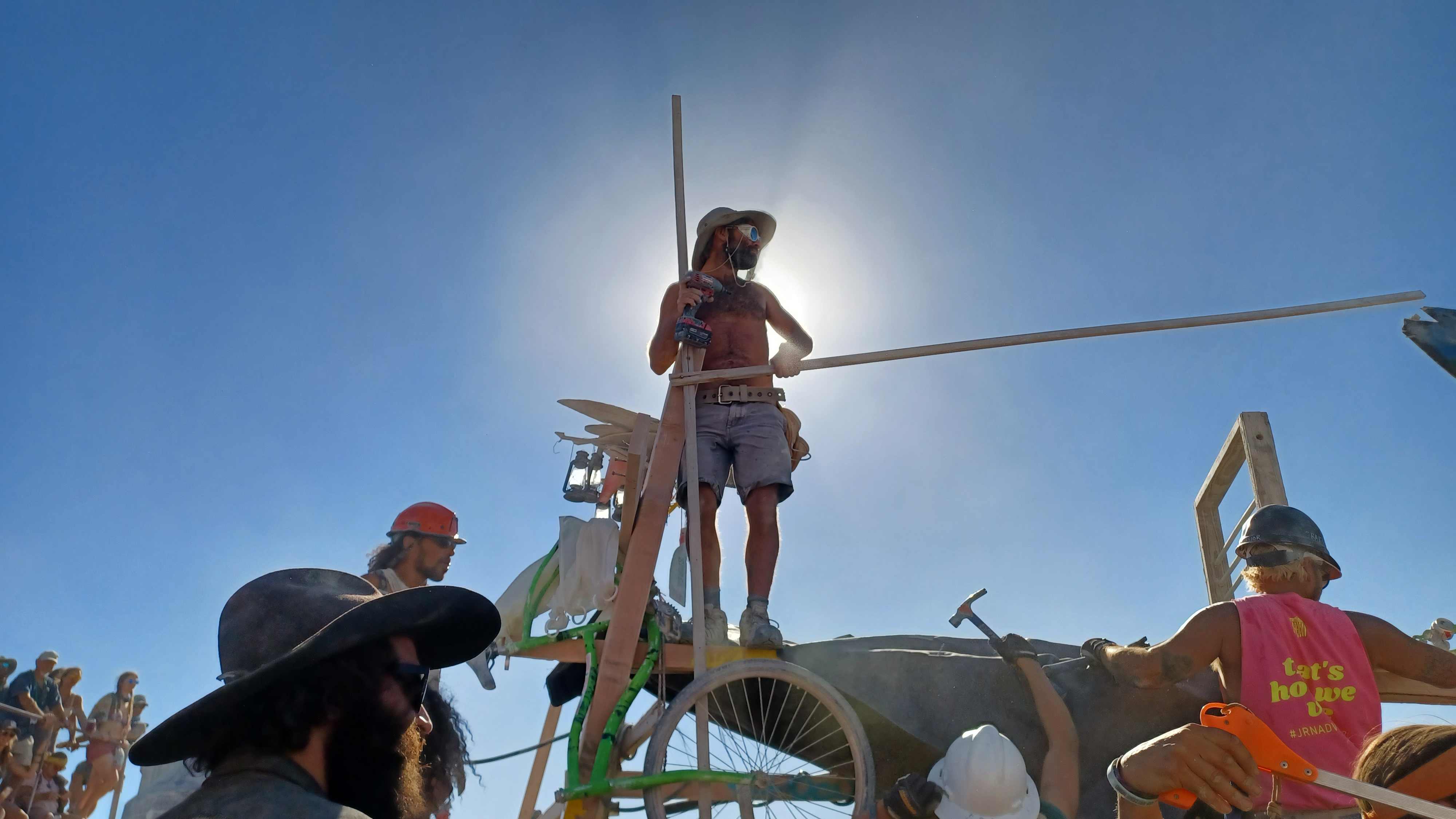 This year, Burning Man organizers are expecting to draw more than 80,000 people to the Northern Nevada desert. Most will travel by car, but nearly a third will fly.

Roughly 100 miles southwest of the playa, the Reno International Airport is bustling with burners arriving from around the globe.

Over the two weeks surrounding the event 20,000 to 25,000 burners are expected to travel through this airport. It also means a fairly tidy windfall for the airport. Analysis found that RNO brought in more than $11 million in fees from burners.

“[They’re] filling up our airplanes, eating at our restaurants, shopping using services at the airport,” said Stacey Sunday, a spokesperson for the airport authority.

While it's impossible to measure the exact amount of money Burning Man attendees pumped into Northern Nevada's economy, it's pretty safe to say it's a lot. So when the Burning Man organization canceled the event two years in a row, it was devastating for some businesses.

The Melting Pot world emporium in midtown Reno is one of those eclectic shops that smells of incense and smothers you in a sea of color. The second you walk in, the sound of sitars and South Asian music washes over you from the stereo.

“The party room … this is one of my favorites. And it's got a black light effect, which is kind of fun,” said Eric Barron, owner of the shop. He said they've always done well with the Burning Man crowd. 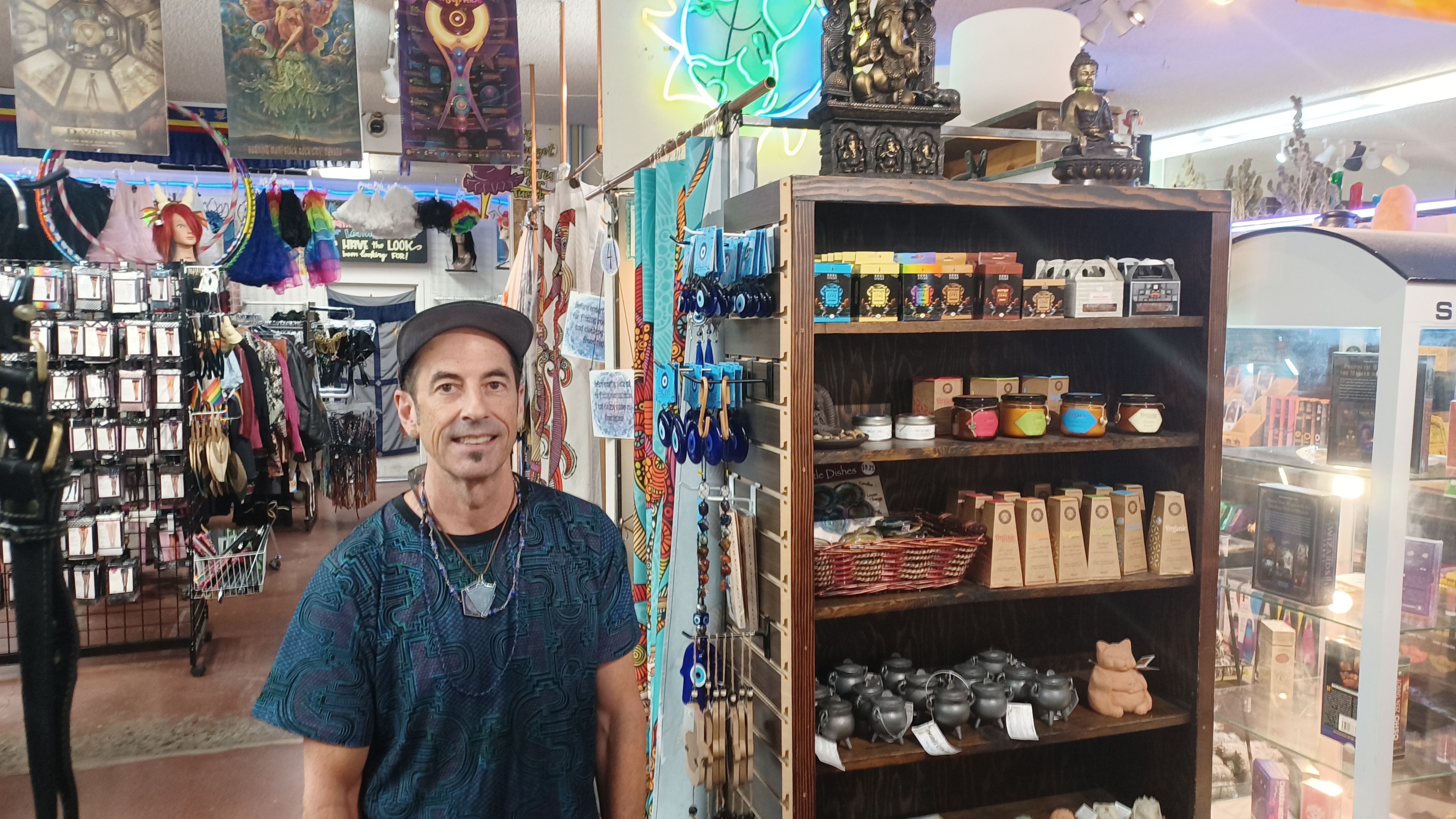 He said at one point, the event accounted for nearly a fifth of his total sales. But as the pandemic raged on, the shop was forced to transition to stay afloat.

“We specialize in a lot of partywear and things like people would wear to Burning Man, and so all of that stuff tanked, and what people were buying was home decor and tapestries and cozy clothing."

Other businesses weren't so lucky.

In downtown Reno, the Morris Burner hostel sits empty, its brightly colored walls still visible from the vacant windows. As the name suggests, the Morris Burner catered to burners. But in the pandemic, Jim Gibson, the hostel’s owner, realized he had to make a tough decision.

“We were doing, actually, very well when COVID hit. The best we'd ever done. The communal nature of the building with the communal restrooms and showers. It just was not a COVID thing," he said.

Outside the Reno Whole Foods grocery, it's a much different story. Pallets of water flanked the doors as a line of RVs, buses and cars destined for the playa stream into the parking lot. There's a buzz of excitement coming from the burners as they load their wares.

Ramon Moreno pulls a U-haul truck into the parking lot. He's among those picking up a large food order for his camp: three full pallets of food. He's part of a theme camp that puts on dinner theater burlesque performances.

After the two-year hiatus, he's excited just to be back on the playa.

And that's a feeling shared by many. The events' harsh conditions, extreme art and radical inclusivity give attendees the feeling of truly being at home. And its return also cements that sense of normality following the pandemic for both burners and businesses that rely on the event.

Did you know there's a functioning 'post office' at Burning Man?

Burning Man Through The Eyes Of An Archaeologist