Tara Morrow stands in a fissure near her home. She says she can feel the effects of the water table sinking--fissures have opened up the road near her house, and her water pressure is going down.

Cities and agriculture across the West put intense pressure on groundwater supplies. In some regions, few rules govern how and when people can pump.

That’s true in rural Southern Arizona. Residents there are seeing their wells dry up as big farms move in, and they’re pushing the state to better manage dwindling underground water supplies.

Tara Morrow can walk inside a crack in the ground that’s deeper than she is tall.

“There’s a really good snake den back in there,” she said.

The fissure had even swallowed part of the road near her home. She said when these deep cracks open up, they make even a quick grocery run tough.

“You know, the desert is a beautiful place, and it's also a very harsh place,” Morrow said.

It’s already dry in southern Arizona’s Sulphur Springs Valley and it’s getting drier. The underground aquifer that lies beneath the desert used to be much higher, but as it drops the ground above it becomes unstable.

Residents like Morrow are seeing the wells they use to pump water for their basic needs -- to take showers and wash their hands -- dry up as large farming operations move in and drill deeper.

“It is a little bit scary to think that one day you're gonna wake up and your place might be condemned,” she said.

In rural pockets of Arizona, some residents are eager for change. They’re pushing for stricter rules on groundwater pumping. Those who are fed up with dropping groundwater levels want the two basins in this valley to become what the state of Arizona calls Active Management Areas or AMAs.

Kathleen Ferris researches water policy at Arizona State University, and she knows all about AMAs–she helped get the policy on the books back in the 1980s.

“The advantage to being in the AMA depends on who you're talking to,” Ferris said. “But for one thing, it means that you can't drill a well, and pump as much groundwater as you want, without constraint.

If someone is already pumping water in the area before it becomes an AMA, they’ll get grandfathered groundwater rights. Someone who wants to drill a new one would have to prove they’re not harming someone else’s supply. 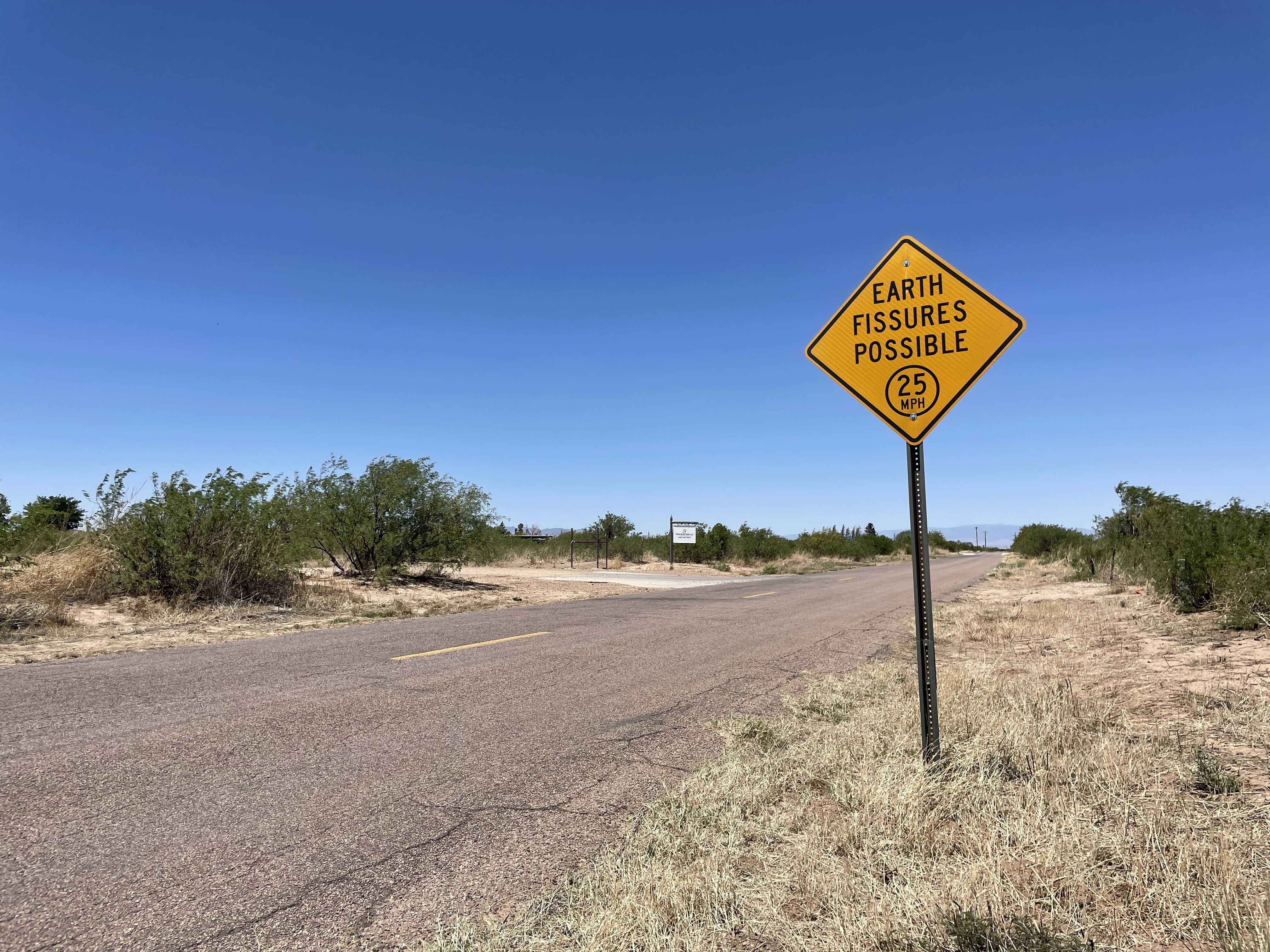 Fissures are starting to appear more often across the land and sometimes through roads in the Douglas and Willcox Basins of Cochise County as the aquifer beneath it loses more and more water.

The state’s big urban areas already tightly regulate groundwater under existing AMAs, but some rural areas lack oversight. The option to create a new one was always built into state law, but no one’s tried to do it until now.

“We found a statute that was right there waiting for us,” Arizona Water Defenders co-founder Rebekah Wilce said.

Her group has been gathering signatures to get a proposed AMA on the ballot this November for parts of the Sulphur Springs Valley.

They’re on track to do it.

“It might not be the perfect solution,” Wilce said. “In fact, it probably won't be, but it is the only thing, seemingly, that we actually can do and that we can do ourselves at the ballot.”

Not everyone supports their efforts, however. Riverview, a Minnesota dairy company, moved in in recent years and built one of the largest operations.

A spokesperson for the company declined an interview for this story and said the company remains neutral.

“Our policy as Farm Bureau is that we want to respect private property rights. We want to conserve water. And we want to do that in a way that is as little government oversight as possible,” Gasho said.

This is a familiar tension in the West where laws protecting privately held water rights butt up against realities on the ground.

Resident Tara Morrow said the fissures opening up near her home threaten her ability to live in the Sulphur Springs Valley long-term.

“It really looks like a little mini Grand Canyon, doesn't it?” she said, marveling at the crack.

Morrow said action needs to happen soon, before her well dries up completely.

“I love agriculture. I grew up in an agriculture community, a big part of my life is agriculture,” she said.

But, she also said, if farms keep expanding unchecked, the region will become uninhabitable for those who’ve lived here for years.

This story is part of ongoing coverage of the Colorado River, produced by Arizona Public Media, distributed by KUNC, and supported by the Walton Family Foundation.