A road winds through the snow-covered Rocky Mountains at Hoosier Pass as seen from the air, Monday, April 18, 2022, near Blue River, Colo.

At a tiny airport surrounded by mountains, a three-person crew takes off for the inaugural flight above the headwaters of the Colorado River to measure the region’s snow by air.

Under the plane is a device that uses lasers, cameras and sensors to map snow and help drought-prone communities improve forecasts of how much water will later fill reservoirs. 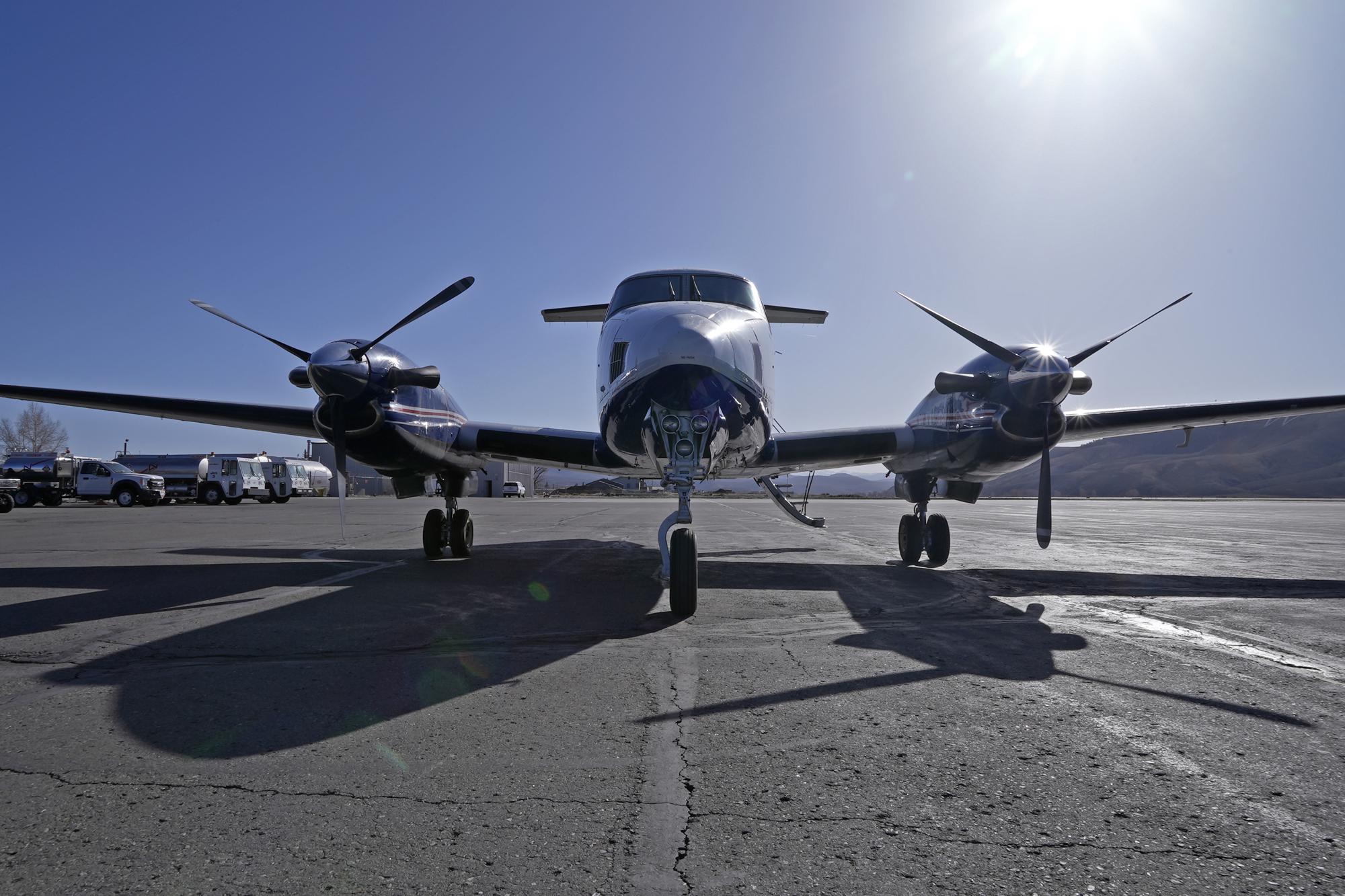 A plane prepares to take off for the inaugural flight above the headwaters of the Colorado River equipped with lasers, sensors and camera to measure snow from the air Monday, April 18, 2022, in Gunnison, Colo. (AP Photo/Brittany Peterson)

The method, developed nearly a decade ago at NASA’s Jet Propulsion Laboratory, “is the gold standard of snow measurement,” said Emily Carbone of the Northern Colorado Water Conservancy District, one of Colorado’s largest water providers and the primary funder for the flight. 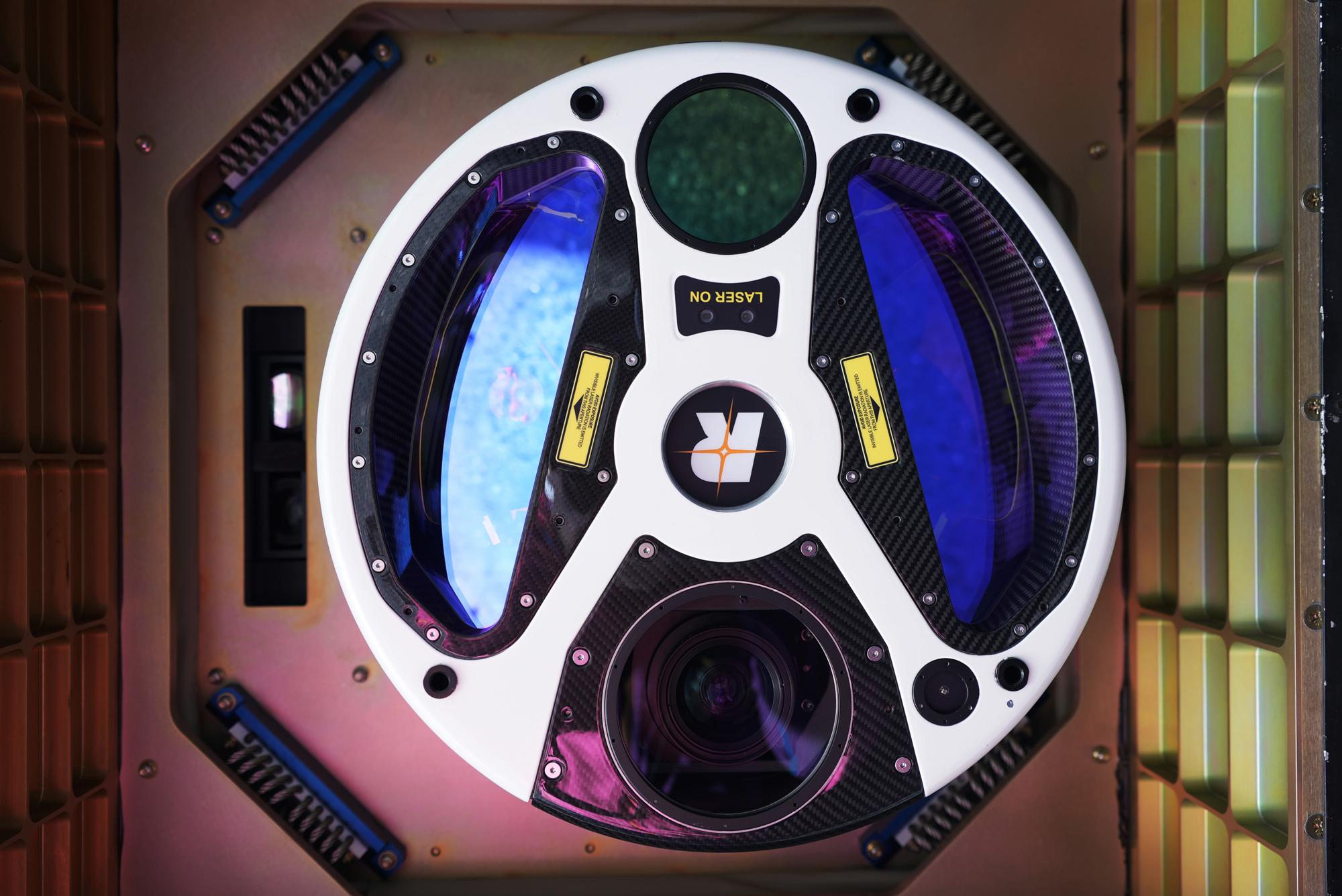 For decades, Western U.S. states have been measuring snow through hundreds of remote sensing sites known as SNOTEL stations, which are operated by the federal Natural Resources Conservation Service. But as climate change causes rising temperatures, snow at those sites — at around 9,000 feet above sea level — is melting earlier than normal and pushing water managers to look for other ways to finetune forecasting methods.

Among the options is a method of aerial snow mapping, which gives precise snow measurements across an entire basin.

The flight by Airborne Snow Observatories in mid-April measured the area around the headwaters of the Colorado River. But the hope is to expand the work along the stressed river, which 40 million people rely on, said Jeffrey Deems, co-founder of the company.

Paul Miller, a hydrologist at the Colorado Basin River Forecast Center, said “removing uncertainty in one of the data points” can be critical in a water-stressed region.

But Miller noted the limitations of even aerial snow mapping, which can cost tens of thousands of dollars or more per flight and only provide measurements for the day flown. The technology also doesn’t account for variables such as air temperature and late-season storms that can affect water supplies. 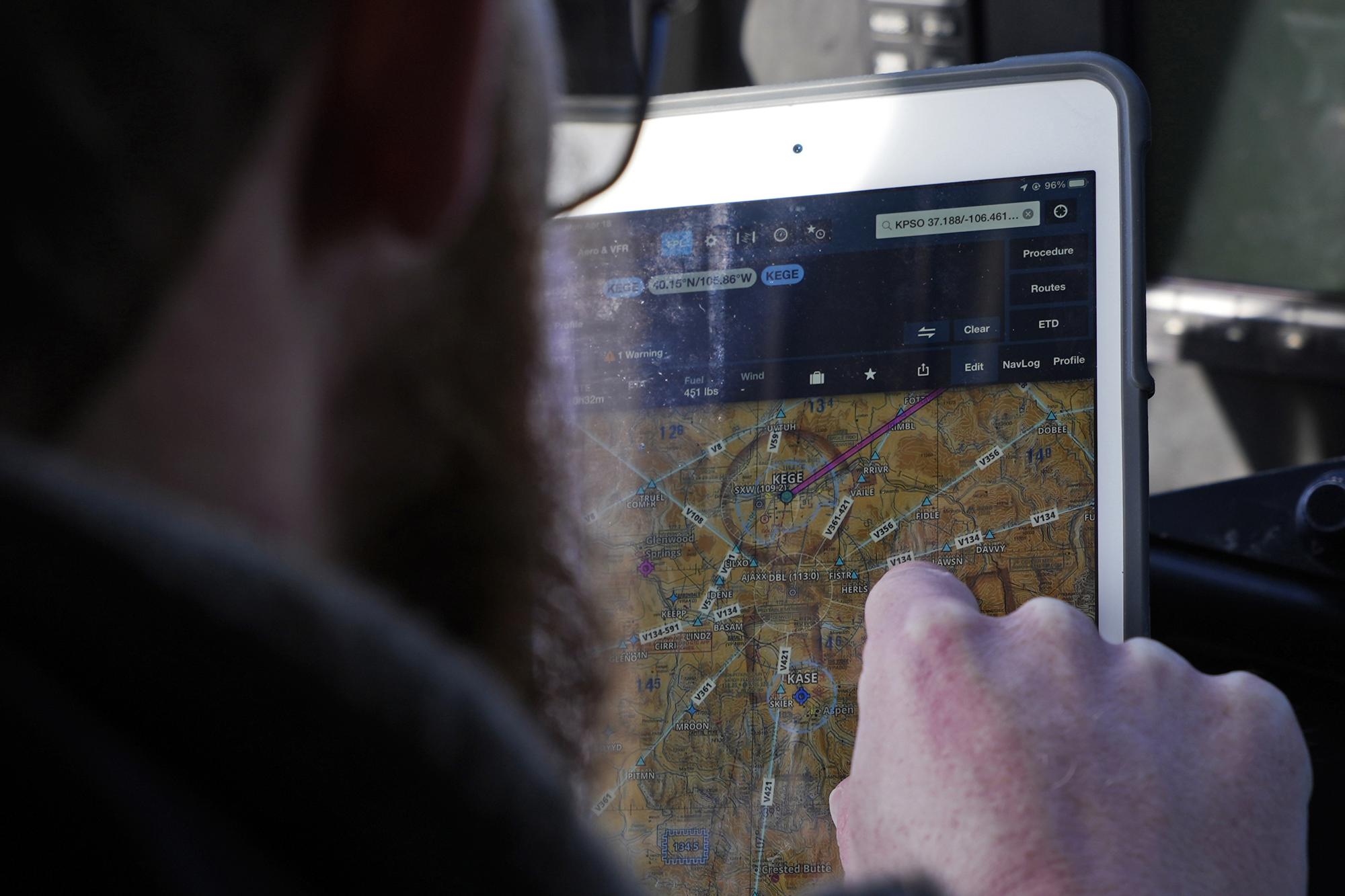 Pilot Derek Malone reviews a map before the inaugural flight above the headwaters of the Colorado River using a 3D laser mapping device to measure properties of snow from the air Monday, April 18, 2022, in Gunnison, Colo. (AP Photo/Brittany Peterson)

Others are working on ways to improve snow measurements too.

On the same day the plane scans the river’s headwaters, the U.S. Geological Survey is on the ground researching an option that could be more affordable, even if it’s not as precise. The agency installed its own remote sensing stations above and below the typical elevation of SNOTEL sites and its laser-equipped drones measured the surrounding area.

Those results could take a couple of months to process since they’re still in the testing phase, said Suzanne Paschke, who is managing the project for USGS. The agency also paid for a segment of the headwaters snow mapping flight so it could cross-check its measurements.

Meanwhile, SNOTEL sites are also undergoing upgrades that could result in more accurate modeling, said Karl Wetlaufer, who helps run the program. In coming years, the federal agency plans to expand the number of sites that include sensors for solar radiation, wind and soil moisture. But the stations still can’t be moved to higher elevations, where wind can whip snow around exposed mountaintops and make it hard to measure, Wetlaufer said.

The newer methods help fill in those data gaps at high elevations.

In June 2019, four SNOTEL stations showed snow had largely melted out in the Blue River basin, which feeds into the Dillon Reservoir that provides water to the Denver area. But mapping by Airborne Snow Observatories showed significant snow remained at higher elevations — giving water managers enough time to make room in the reservoir for the incoming runoff.

“That information allowed us to prepare for a second peak of runoff and accurately lower our reservoirs to capture that water and avoid any flooding impacts downstream,” said Taylor Winchell, climate adaptation strategist at Denver Water.

The event and other success stories from California water managers who had been using the technology for several years prompted the formation of a coalition of Colorado water agencies, nonprofits and local governments to pursue more snow mapping flights.

“We think it’s worth it to get more valuable and detailed information, but we can’t afford to fly as often as we’d like,” said Northern Water’s Emily Carbone, who is heading up the group.

The group developed a plan to seek outside funding for flights and in March won a grant to help cover some of the costs from the Colorado Water Conservation Board.

After her agency’s first snow mapping flight last month over the headwaters of the Colorado River, Carbone was eager to get her hands on the results.

The data indicated that as of mid-April, there was 369,000 acre-feet of water stored in snow above the reservoirs at the head of the Colorado River. Since it was the first time that region’s snow was mapped by air, there are no historical trends for comparison. Carbone is still working to calculate how much of it could make it into the reservoir.

Northern Water has commissioned another flight in May over the same area, which will reveal how much snow has melted since the April flight and how efficient it is at running off into reservoirs.

“We have a lot to learn but it’s cool to get this data and really get a better picture of what’s going on in our basin snowpack,” she said.

Western Snowpack Is Low. How Worried Should We Be?

Melting Snow Usually Means Water For The West. But This Year, It Might Not Be Enough

For this summer's water forecast, climate experts are looking back to winter