A 21-year-old man who shot and paralyzed a Las Vegas police officer during a racial justice protest on the Las Vegas Strip in June 2020 was sentenced Friday to 20 to 50 years in state prison.

The officer, Shay Mikalonis, was 29 when he was shot and now breathes with the help of a ventilator. He and his family were in the courtroom while Edgar Samaniego read a statement saying he doesn’t remember the shooting due to his use of drugs and alcohol, KLAS-TV reported. 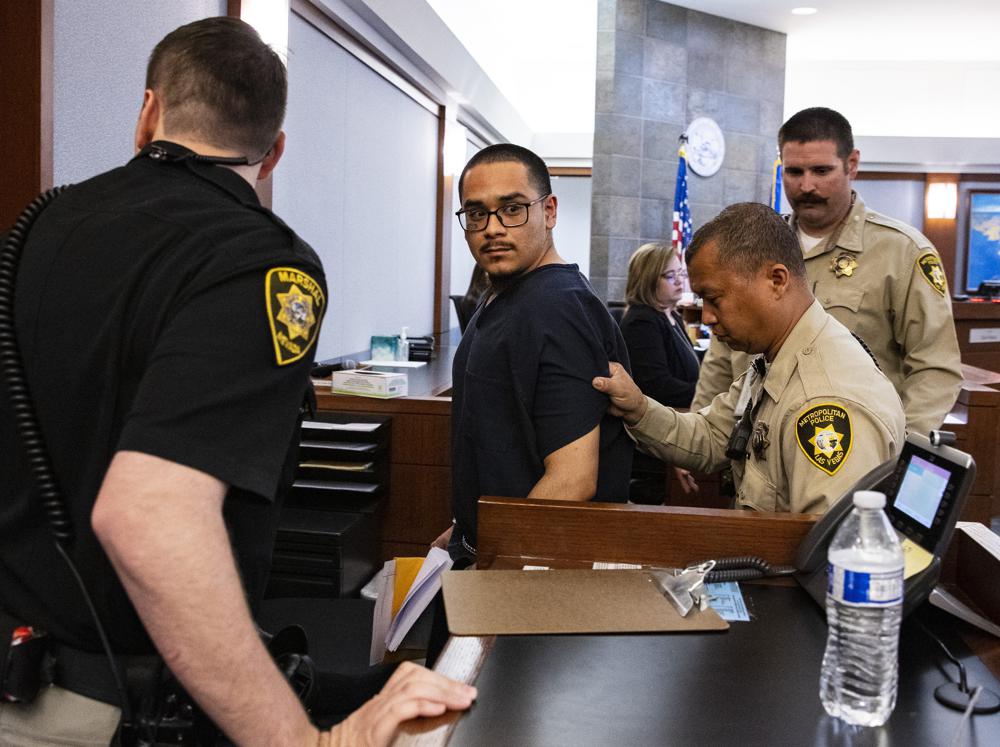 Edgar Samaniego, 21, who pleaded guilty to shooting Metro officer Shay Mikalonis, is led out of the courtroom at the Regional Justice Center after being sentenced Friday, April 29, 2022, in Las Vegas. (Bizuayehu Tesfaye/Las Vegas Review-Journal via AP)

“Officer Mikalonis was only doing his job, and there was no reason for this to happen,” the judge said.

Mikalonis’ father, Guy Mikalonis, said his son “can’t talk, eat, swallow on his own, or breathe,” and spoke of the toll his care takes on his family as “a life sentence with no parole.”

Samaniego avoided trial when he pleaded guilty in November 2021 to attempted murder, battery and assault — each with a deadly weapon — and illegally discharging a firearm.

Police said witnesses saw Samaniego fire a handgun from a motel parking lot toward a demonstration that was one of hundreds around the U.S. calling for racial justice following the killing of George Floyd by police in Minneapolis.

Investigators determined that Samaniego had not been participating in protests.

At the time, Mikalonis was handcuffing a person near the Circus Circus hotel-casino. A bullet struck him in the spine and lodged in his face. He had been a police officer for four years.

The same night Mikalonis was wounded, Las Vegas police shot and killed a man they said was armed with several guns and refused orders to leave an area near downtown federal courthouses.

A Decade After Change, Has Metro Stopped Reforming?