Powwows are something most people outside of Indigenous groups know little about. Maybe you heard the word in grade school, or did a mock powwow during a social studies course in fifth grade.

But these meetings, these celebrations of different tribes, contain expressions of song, dance and stories that go back sometimes thousands of years.

And, of course, as the issues of Indigenous people have grown in importance in the minds of elected leaders, politics and plans are discussed.

The largest powwow in Nevada, Numaga Indian Days, hosted by the Reno-Sparks Indian Colony, was recently held north of Reno.

Bethany Sam is a spokesperson for the event and joins State of Nevada host Joe Schoenmann to share more.

“Sadly, our people have had to go through a lot of historical trauma to be able to be where we are today,” she said. “But it actually came from Buffalo Bill, who showcased our culture and actually brought different tribes together during the time when it really wasn't allowed, or illegal for us to perform certain dances. And so, Buffalo Bill actually kind of helped us create powerhouse gatherings for us to be able to have competitions.”

The name “Numaga” comes from Chief Numaga, who she said was a 19th century advocate for peace and climate justice. The multi-day event starts with a prayer, then several dance competitions. It’s open to anyone, Native or non-Native.

Nevada Public Radio’s Indigenous affairs reporter Miles Brady talked with Brian Melendez, president and CEO of Tribal Minds, about how his group tried to meet the physical and spiritual needs of tribal members in Nevada during the pandemic while the event was shut down.

“We, over the last year and a half, were doing a lot of the community development and a lot of the giveaway work for moments like this, going out into communities, doing the best we can, and putting resources back into our communities when people need them the most, right?,” he said.

“So whether it's food drives, or PPE, or even things like this, or there's a special or anything we can do to help uplift the morale and the spirit of the people who've been so beaten down by the pandemic and other structural problems. This is what the work is, this is where we are.”

Sam said the Reno-Sparks Indian Colony has a high vaccination rate, but after being apart for two years, “everyone was excited,” for what became one of their biggest powwows –at least 10,000 people attended through the weekend.

Sam said they’re hoping to expand the event for 2023. 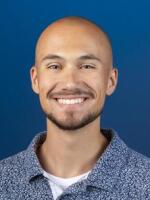