Melody Rose, the chancellor of the Nevada System of Higher Education, has notified the state Board of Regents that she will resign her position as of Friday.

The Nevada Independent reports that if the Regents approve her resignation, it will end her four year contract after 19 months. The proposed agreement would buy out about half of Rose’s remaining contract, $610,000.

Rose had filed a hostile work environment complaint in October, alleging that two regents discriminated against her because of her gender and sought to reduce her influence within the system as part of an effort to fire her.

An outside law firm investigating the allegation in February found insufficient evidence of gender discrimination. But the report found that some of the incidents alleged by Rose in her complaint could constitute ethics violations.

Regents plan to meet in Las Vegas on Friday to consider Rose’s terms for resignation. 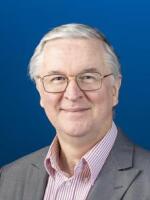