On the menu: a Southern vibe through and through, with some welcome riffs. They take classics and shuffle them around, transposing new techniques and ingredients as they see fit. Some dishes only loosely cling to their definition, like the Fried Green Tomato BLT. A big slab of house-smoked pork belly, cornmeal-dusted fried green tomato, all sandwiching their own pimento cheese. An interesting combo of Southern ingredients, and one could say it has a similar profile of a BLT — but, regardless of its pedigree, it’s a fine and satisfying dish.

As for Yardbird’s signature item, yes, they’ve got their birds down to a science. Pasture-raised quality meat, brined for 27 hours in an equally sweet and salty solution, breaded and then pressure-fried (and we see the true nature of the game here) in 100 percent lard. It’s a hot contender for just about the finest way to enjoy chicken. But heck, you could take a copy of Julius Evola’s Ride the Tiger, brine it for 27 hours and pressure fry it in lard, and it would probably be not half bad. Doing it with a fresh chicken will definitely be worth the $26 for a half-bird. That is, if they’re frying them to-order, as one would hope, especially with glorious feasts such as the $36 “Chicken ’n’ Watermelon ’n’ Waffles.”

Aside from the pressure fryer, the runner-up beauty queen of this kitchen is the smoker. Four dishes come out of this baby: barbecue chicken, St. Louis ribs, bone marrow, and the 18-ounce tomahawk pork chop. While fried chicken may be Yardbird’s titular dish, it would be a disservice to call it a mere “fried chicken restaurant.” Dishes like the bone marrow exemplify how this is far from the corn-syrup-and-white bread training wheels Southern food that you’d find in, well, the South. Some dishes almost seem disguised as something nondescript, like the pork croquette that happens to be almost like a head cheese, with a black-eyed pea succotash in a PBR jus. The dessert selection is not to be overlooked either, touting such treasures as fried Oreos, a giant whoopee pie, and a cake with bacon-based frosting and bourbon caramel.

The charm to Yardbird may partially be the cutesy Southern vibe, but the replay value is in its truly inspired, somewhat experimental cuisine. Like all experiments, some ideas might not take off, like a brunch menu Benedict with a bit more Hollandaise than needed, or a take on Salisbury Steak that overlooks the importance of a substantial structural integrity of the ground-round. But, it’s worlds better for there to be a menu under the strong control of an excited kitchen team, regardless of a hiccup here or there, than to have the corporate higher-ups throw in a lackey to march lockstep with a “proven” flagship menu. The hope is that this philosophy becomes carved into the slab at Yardbird, and it becomes one among the many in Vegas we can count on to deliver an evolving, engaging menu with each season and spark of inspiration. 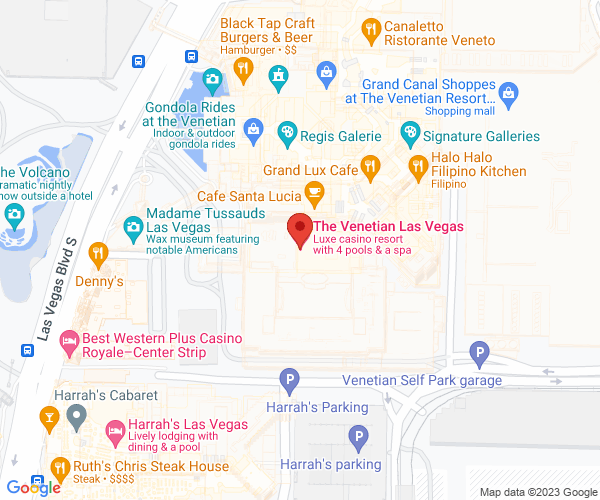 At first bite: Bird is the word

A fertile field doesn’t lay fallow for long. When the spot in Restaurant Row linking the Venetian to Palazzo became vacant, a stranger came to town — a stranger to us, anyway. The 50 Eggs restaurant group is well known in the Miami area for its hip, conceptual American South and South East Asian restaurants.