Las Vegas has been lifting glasses at The Sand Dollar Lounge for more than four decades. The bar’s seen more alterations and asterisks than a reunion tour lineup, but its dedication to live music and strong drinks has remained the same. The most recent revamp has remodeled the bar and restocked it with a mix of high-concept cocktails and craft drafts — but, fear not, you can still sip a $5 domestic while listening to a blazing Chuck Berry cover. That’s why this latest incarnation of The Sand Dollar is its best.

The cocktail menu is packed with elaborate concoctions that shift with the seasons. This summer featured the Black Magic Woman, a mix of mezcal, aloe liqueur, bitters, and pepper for a spicy, slow-heating sipper. The cooler weather has brought out drinks such as the Legalize It (pictured), a blend of Ketel One orange vodka, Cachaca, Amaro, horchata and matcha, creating a drink that’s creamy, yet not cloying. There’s also a stash of personal whiskey bottles behind the bar, which owners decorate with their own artwork. (“Some people make something really nice out of it, some people just draw dicks all over it,” quips a bartender, an observation that could be applied to life in general.) If that’s too posh, help yourself to the beer vending machine, stocked with cans of chilled brew, including a “mystery beer” that could be Colt 45 or White Claw, depending on your luck. Another lure is the pizzas, which come loaded with offbeat toppings, like the Frank’s Red Hot-doused Buffalo Soldier or the Boars on Parade, with pepperoni, sausage, and salami.

One constant through the years: live music every night. Much has been made of long-ago visits from Muddy Waters and the Rolling Stones, but the usual acts lean toward local blues, rockabilly, and classic rock. And if there’s a bar whose story is a blues song, it’s The Sand Dollar. Its history is a zigzag of zeniths and nadirs — legendary visits from Prince and B.B. King, as well as a dramatic Bar Rescue fail — but The Sand Dollar’s latest iteration is breathing new life into a Vegas classic. 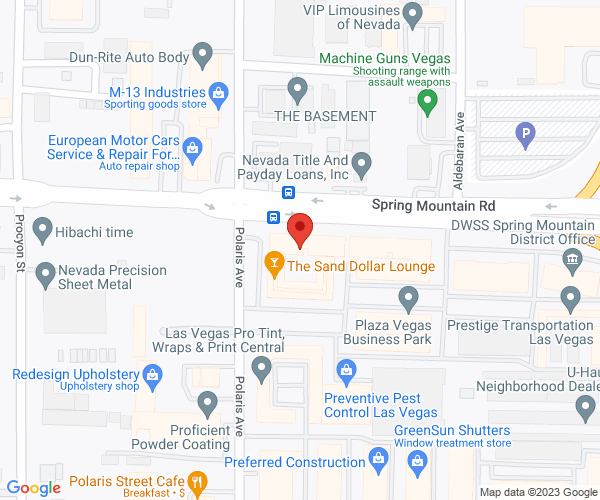 Our annual taste-optimized celebration of the city’s finest dining.