You’ll need three things at Sammy’s L.A. Pastrami & Burgers. First would be well-functioning shock absorbers as you heft bags of cured meat-laden buns into your car’s passenger seat. Second is a hollow leg to find room for insane combinations like the 502 Fry. It’s a pound of French fries loaded-up with grilled rib-eye steak, cheddar cheese, chili and, of course, pastrami. You’ll also need time at this small shack, as your Black & Bleu burger will be griddled to order. By the way, the menu is voluminous, running into gyro, hot wing, custard shake and beyond territory. 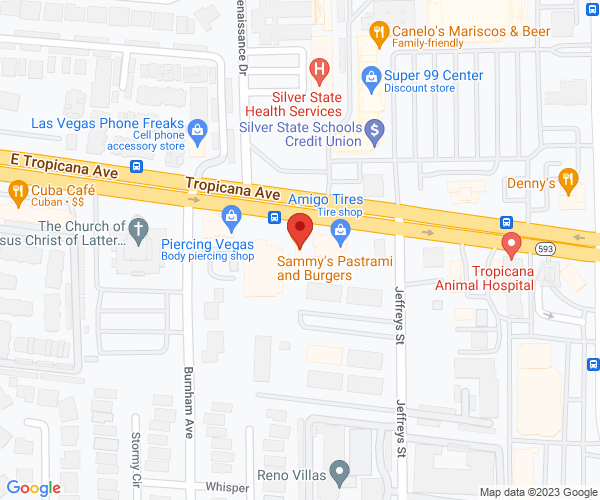 Drive-thru grub on the go usually entails a heatlamp-tortured yuckburger or a limp burrito filled with wrenching suicidal anguish.

Why we should be called Burger City

Does Las Vegas have an official food? It does now: The hamburger. Here’s why

Many months ago, way before the popular food truck he created with his friend Robert “Mags” Magsalin blossomed into the kind of fresh, hip Hollywood eatery where Jim Carrey would pop in on opening night, Colin Fukunaga was talking a little smack.