Mordeo’s blending of Mediterranean, Asian, and New World flavors stems from Khai Vu’s trip to Barcelona earlier this year. “I went to Spain, and I looked at tapas. Then I looked at Japanese cuisine. They’re very similar,” says Vu, noting the Japanese tradition of izakaya-style grilled bar food.

Charcuterie is a Mordeo specialty, especially succulent slices of cured Jamón Ibérico de Bellota from pigs raised on acorns. A central, glass-walled meat-aging room and a steampunk-looking Berkel slicer are part of the décor, too. On the dessert menu, caramel flán is a traditional nod.

Mordeo is a lively scene, but its early months came with a bit of a snag — a delayed liquor license. Vu expects it to be in hand in August, just in time for the launch of a craft mixology and sangria program created by co-founder and master sommelier Luis de Santos. 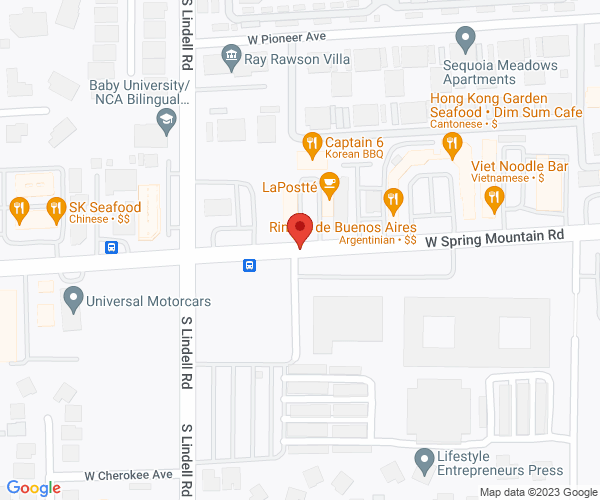 Mordeo and Partage mix up the Spring Mountain dining scene with European flair.