Under the guidance of Chef Patrick Munster (a veteran of SW Steakhouse at the Wynn), all the steakhouse standards are present, but with quality and quantity that typify fine dining a la Vegas. The crab cake appetizer contains thumb-sized chunks of crabmeat, rather than the usual shreds, played up with just enough spice to wake your palate to appreciative life. The ahi appetizer is simply rendered, with just a few twirls of taro/lotus root: The star here is the cubes of ruby-red tuna, wet and gleaming like watermelon, with a rich, velvety texture.

Steaks come from the Midwest and maintain the Morton family standard. The ribeye is richly marbled; ordered with an optional garlic-Parmesan crust, it’s cooked to a pink-red inside while maintaining a solid sear on the outside, and keeping a bit of crisp to the crust, which complements rather than overwhelms the meat. Bone-in fillet isn’t a usual cut, but ideal for those who like their steaks on the petite side, yet still want the marbling and flavor that only comes from being cooked near the bone. Sides also get something extra. Creamed corn is liberally studded with chunks of crab and dabs of chipotle pepper; creamed spinach is finished with truffle Gouda and poached egg.

The expansive beverage menu features an array of cocktails that employ garden-fresh ingredients, as in the strawberry-sage Beet Writer, or the Spicy Cucumber Margarita, where the coolness of the cuke cuts habanero- and jalapeño-infused Tequila. A somewhat more, um, festive cocktail option is the Magic Mike, a sweet raspberry vodka-and-rosé concoction named for the Hard Rock show — and which makes a Cosmopolitan seem like a straight Scotch. Still, it’s the very (pink) thing for a girls’-night-out group before checking out the show, along with a few wedge salads and American Caviar Sliders (think blinis and caviar, except you use the blinis sandwich-style). Along with the pre-show crowd, MB always has its big round table of red-meat businessmen, as well as big-date couples in short dresses and button-down shirts tucking into a layered carrot cake built for two. 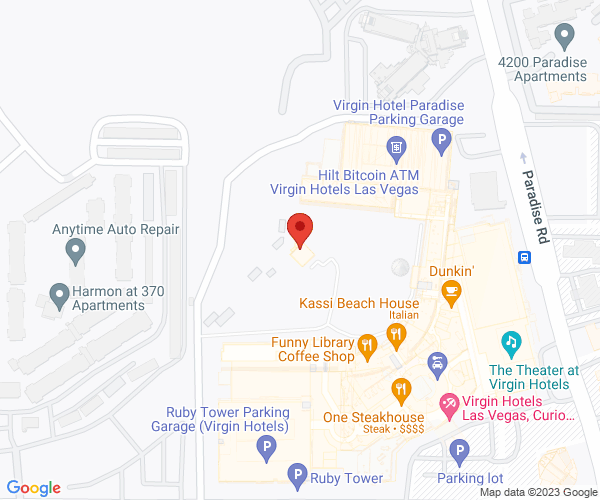 Dining - A Char Is Born

The Morton brothers could have opened a decent steakhouse with their eyes shut. With MB Steak, they outdid their own legacy.