Le Cirque is a culinary institution. For more than three decades in Manhattan and 15 years at Bellagio, the name has been synonymous with classic French dining. Chefs have come and gone, many of them superstars. Yet Le Cirque has always been a constant, refusing to follow fads or trends. But over the past year, Grégory Pugin has breathed new life into the restaurant, making it more relevant than it’s been in years while still respecting its unique place in culinary history.

Trained in France under Chef Jean-Marie Gautier, Pugin went on to open eight restaurants for Chef of the Century Joel Robuchon. Later, at New York’s Veritas, he earned a Michelin star in 2009 and a Rising Star Chef of the Year nomination from the James Beard Foundation. Bellagio brought him to town in 2010, and charged him with making Le Cirque more approachable and contemporary.

What Pugin did with that freedom was institute two separate menus. Longtime fans of the restaurant can still order classics like escargot, Dover sole and the famed Rabbit Symphony. But the chef’s seasonal choices rely on familiar proteins prepared with a modern fine-dining flair – like his langoustine with caviar and apple-vodka gelee, and his oxtail bucatini.

“They are two different types of cuisine,” Pugin says. “There are old-school dishes that our customers still appreciate. And my dishes are a little bit more contemporary. However, they blend pretty well in the menu. And it gives our guests alternatives.” 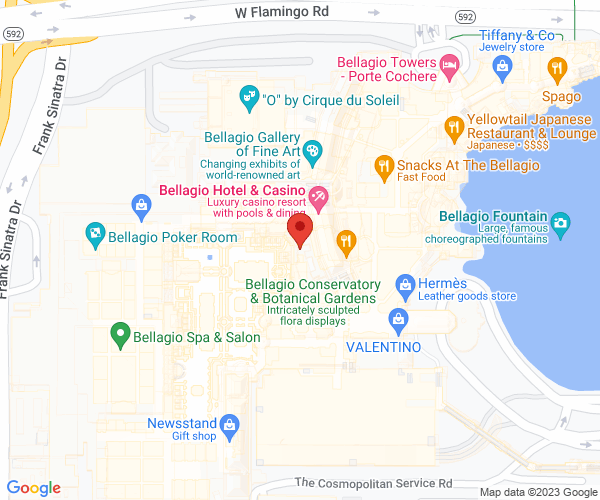 The dish: Legends of the fall

The turn of seasons means impressive changes to some Strip menus

For the intensely driven Akira Back, the Strip isn’t the destination — it’s only the beginning It’s November and chef Akira Back is texting me pictures of his new restaurant. It’s called Akira Back, and it’s inside the JW Marriott Hotel Aerocity in New Delhi.

Brett Sperry - Gallery owner, businessman Already influential thanks to his Brett Wesley Gallery and Art Square (to say nothing of his role in Westwood Studios, the pioneering video-game company that laid some groundwork for the Vegas tech scene), Sperry has upped his ante with his announcement in November that he’s spearheading a drive to site the Modern Contemporary Art Museum downtown. The project faces long odds and many hurdles, but Sperry seems able to gather quality players — including top-shelf philanthropic fundraiser Julie Murray — around the project.

We bet you’ve got quite an appetite right about now. After all, 2011 was a year of hard work, hunkering down, and holding on beneath thundercloud headlines about halting recovery and slow economic comeback.

WHO ARE WE to decide what's the best in food, arts, entertainment and more in Las Vegas? Glad you asked. We're native Las Vegans burning to tell the world about the hometown favorites we grew up with.

KNPR food critics Max Jacobson and John Curtas have eaten their way through another year. They pause long enough to give us a rundown of some of the best of 2010. Take a deep breath. It's a long list.
KNPR
KNPR's State of Nevada

5 Most Romantic Restaurants in Vegas

The New York Times reports that 5,000 restaurant workers are unemployed in the Las Vegas Valley, as the recession deepens, and that's led to reduced hours and closures of restaurants. Meantime, the scheduled December opening of the first phase of MGM Mirage's massive City Center project will see new restaurant openings, sparking competitors to worry that high-end eateries could take an additional hit.
Tweet Share on Facebook Share on Google+ Email
KNPR
Food for Thought

Reviewing the nominees for the James Beard Awards, John Curtas notes that this year's nominees include a lot of Las Vegans.

Le Cirque: A Table In Heaven

John Curtas tells us about an HBO documentary with a Las Vegas touch. He reviews "Le Cirque - a Table in Heaven."

The influential Michelin Guide will bestow it's stars on Las Vegas soon. John Curtas has his predictions.

While we heard John Curtas' thoughts on East and West coast legendary dining establishments last week, he was making a pillgrimmage to one of them in New York...Le Cirque.

A Tale of Two Cities Spago and Le Cirque

Le Cirque and Circo continue as two family-run and prestigious restaurants in Las Vegas. John Curtas has been reading about the family in a new biography.

John Curtas has some strong opinions on eating and dining etiquette.

For a birthday or any special occasion, John Curtas has an idea for a perfect, special gourmet treat.

Only an abundance of Christmas spirit keeps me from telling you what I really think of the Zagat Survey of Las Vegas restaurants. I've been in an almost preternaturally sunny-mood these days even though it gets dark around the time I'm usually finishing lunch.
Tweet Share on Facebook Share on Google+ Email
Desert Companion
Dining

The delicate, earthy flavors of the season take center stage in these fine-dining dishes.

The Dish: Fall for flavor

As the colder months settle in, these notable fall menus give seasonal traditions an unexpected twist.

More dishes and dining trends of 2015 that our critics savored.

As you dig in to our annual honor roll of the valley's best chefs and restaurants this year, you'll come across the words revolution, revolutionize and revolutionare a lot.