Sports fans and aficionados of that burly, verbally vitriolic British master chef, the one and only Gordon Ramsay, should take a seat at the eponymous Pub & Grill in Caesars Palace. Order up a cold pint and dig into a prodigious bowl of Crispy Bacon Crackle. It’s a helluva great deal from one of Ramsay’s kitchens, filled with flash-fried sections of squid (including delectable tentacles) and ample bits of salty rasher. The mix comes with spicy pickled peppers and a tartar sauce that is definitely dill weed-forward. The “crackle” is one of those dishes that doles out more than one might guess at first look. Plus, Total Rewards members get a dollar off, making it a $17 good deal. GT 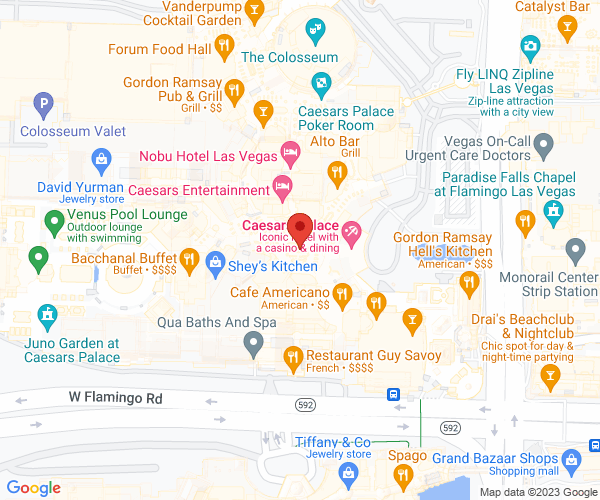 Bacon makes EVERYTHING better. Gordon is a smart man, which is why his version of the classic is chock-full of bacony goodness.

Gordon Ramsay likes to play around with us. His TV reputation may be that of a fiery, demanding kitchen commander, but he’s got restaurants in Las Vegas now and that’s all about fun.

“What’s a triffle?” my dinner date asked as he perused the dessert selections at the new Gordon Ramsay Steak inside Paris Las Vegas. Knowing his unfamiliarity with British cuisine, I laughed and corrected his botched pronunciation of the traditional English dish.

So much food • so much flavor • such good deals