The Barrymore in the renovated Royal Resort is cool, clever and quiet, and that’s the way they want it.

“To be able to do whatever I want with the food is exciting and fun,” executive chef Anthony Meidenbauer says.  The octopus grilled is amazingly tender, and the roast veal loin dish – one of the throwback Vegas dishes the kitchen prepares in its traditional way – is totally satisfying, paper-thin slices of meat drenched in crème fraiche and oily Spanish tuna sauce. It’s a crazy time-traveling bite. People used to eat food like this. But most start their dinner here with a classic Caesar or the lobster deviled eggs with caviar.

After sampling a salad of Bibb lettuce and hearts of palm in a dressing much more savory and substantial than its description of champagne vinaigrette, I eat the Barrymore steakhouse burger, on a fresh-baked English muffin bun with bacon marmalade and Gruyére cheese, and then adoringly devour beautifully braised short ribs. The meat floats on a cloud of carrot mousseline, kind of a vegetable whipped cream that I would like in a big bowl for dessert, with pickled pearl onions on the side.

“We are geared toward locals,” Billy Richardson, Block 16 partner, says. He knows we will hit a near-Strip location as long as it brings the goods. “Right now, if you look at what’s happening downtown, people are finding things in that area and coming back because they don’t want it to go away.”

But The Barrymore at The Barrymore claims our Best Signature Cocktail crown: This smoky, citrus-inflected whiskey cocktail made with Gentleman Jack, orange liqueur, vermouth and orange bitters, zest and marmalade is classy, complex but jaunty — with an alcohol jolt that grabs my lapels and urges, “Say my name!” 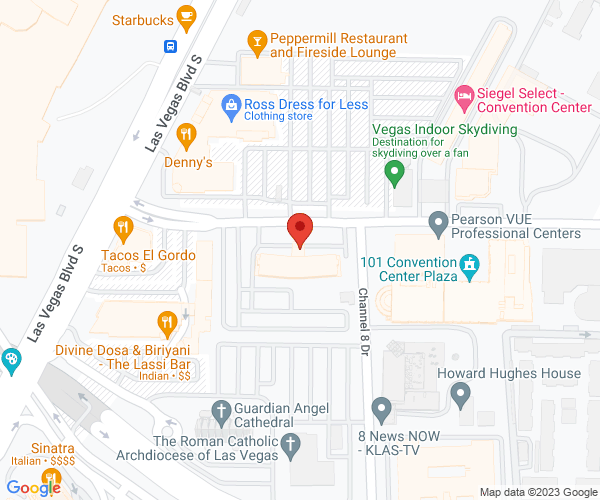 Need a sip of summer escape? These cocktails give you a taste of your dream destination — whether you’re out and about or mixing at home

Whether you’re toasting a milestone, sipping on a date night or sealing the deal, raise a glass to your new favorite drinking spots

With free parking, an enormous bar, and indoor and outdoor seating, Atomic Liquors has few downtown competitors when it comes to throwing a party. But the joint’s spaciousness wouldn’t mean a thing if you couldn’t get a delicious cocktail or locally brewed beer when you want it.

The popular vote: Elite Yelp reviewers pick their faves of 2012

Dish of the Year

Seared ahi tuna at The Barrymore

The boyfriend and I were celebrating our anniversary, and this melt-in-your-mouth seared ahi tuna had my guy exclaiming, “I’m having a foodie moment!” No predictable Asian fusion preparation here. This pesce is paired with comforting accompaniments.

Feast for the senses: Where to eat before (or after) the big show

The Dish: Feast for the senses

Off to a big show at The Smith Center? Graba bite in the neighborhood

During the six months it’s been open, The Smith Center for the Performing Arts has already lured much traffic — and many diners — downtown. But that was something of a test drive, as The Smith Center fine-tuned its performing spaces and its programming mix.

From martinis to milkshakes, here are some the valley's sweetest, strongest (and strangest) drinks. Bottoms up!

Talk about cups runnething over.

Drinking in the classics

Editor's note: Our martini glass runneth over. If you've sipped and chugged your way through our 53 Best Bars feature, here's some liquid extra credit: a tour of classic cocktails in their native habitat.

Saving room The Barrymore is a throwback to old-school gourmet rooms, but the flavors live in the now

The restaurants of the Block 16 Hospitality Group are casual, bold American eateries with obvious mass appeal – the all-encompassing burger universe of Holsteins in the Cosmopolitan, the rambunctious LBS Burger in Red Rock Resort and the iconic L.A.

To find the best of something, you have to look for it — examine the candidates, weigh their merits, reach a conclusion. Here, then, four crawls that do just that

Cocktail of the month: The final act and the silver screen at The Barrymore