Elk are one of the big-game species featured in a new USGS report that maps migration routes used by ungulates across the western United States.

As the West grows so does its infrastructure, but for elk, deer and other migrating big game, roads and housing developments are barriers. A new U.S. Geological Survey report details these migration routes to help ensure they persist.

Drawing on a team of federal, state and tribal scientists, the report and its maps reveal 65 migration corridors across Western states and tribal lands, including in Idaho, Nevada, Utah, New Mexico, Wyoming. It builds on the scientists' first volume of maps, published in 2020, that described 42 ungulate migrations.

Matthew Kauffman, a wildlife biologist with the USGS and the University of Wyoming, is the lead author of the report.

“Across many of the habitats of the Western U.S. ungulates, like deer and elk, need to migrate seasonally to make a good living,” Kauffman said. “But the West is also growing quite rapidly, and all these things that growth brings make it more difficult for ungulates to make their migrations.” 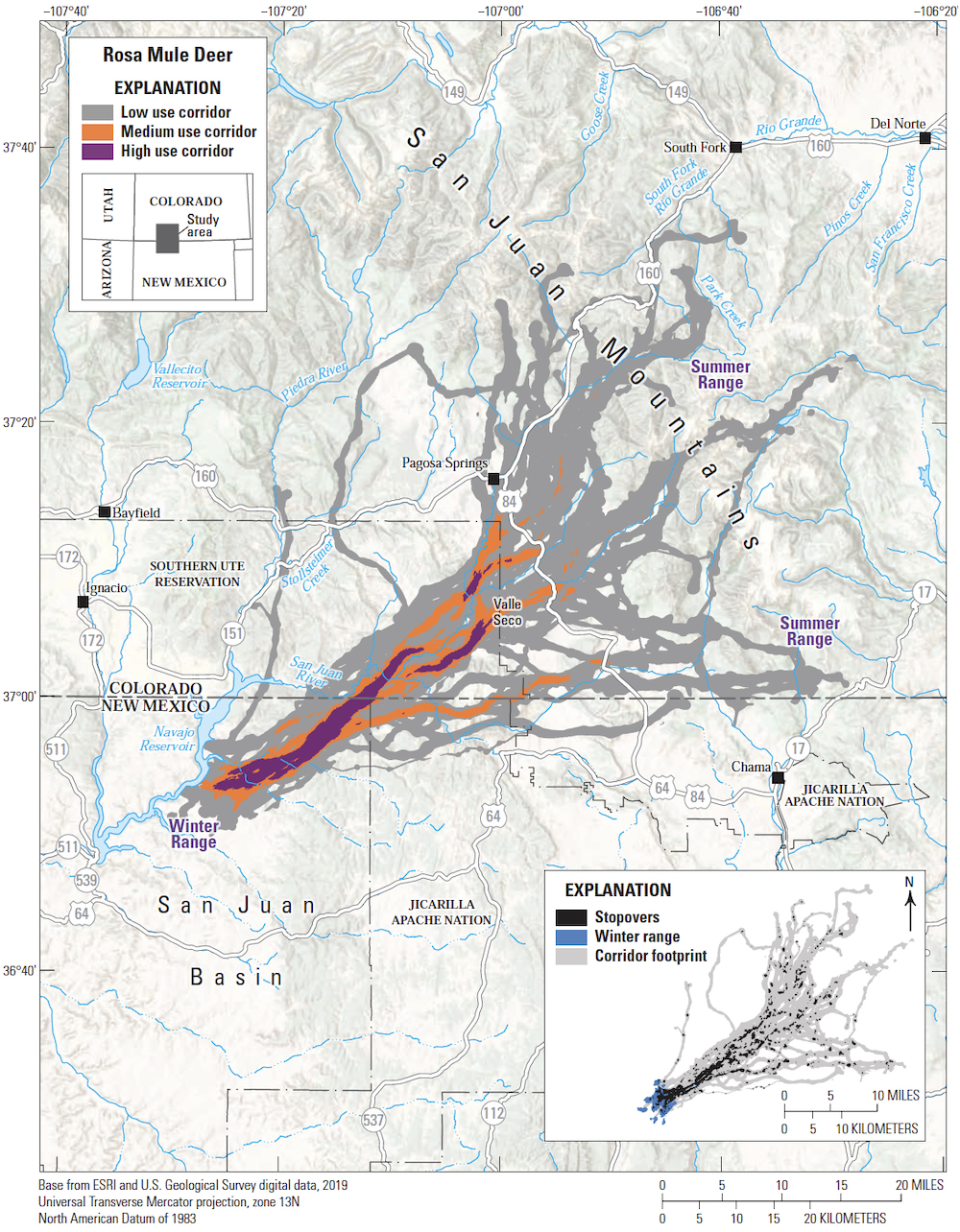 He says the maps help explain the high numbers of wildlife-vehicle collisions on roads that cross these corridors.

“Then that really allows transportation engineers and wildlife managers to identify, ‘OK, this is a problem spot,’” Kauffman said. “They can look towards solutions like overpasses and underpasses and funneling the animals through those crossing structures.”

Aiding big game in navigating roads, oil and gas development and other barriers allows the animals to safely move between winter and summer ranges. Without these migrations, Kauffman says, populations often decline.

The collaborative work between federal agencies and Western states began with a 2018 secretarial order on big game habitat and migrations. That order also established a grant program. Last week's release of the USGS report coincided with Interior Secretary Deb Haaland announcing $9.5 million in federal grants and contributions to advance its work.

Kauffman says the goal is to have a complete set of ungulate migration routes across the West.

Migration 101: It Doesn't Come Naturally For Moose And Sheep