How an Idaho ranch family learned to live with wolves

Melanie and her father, Glenn Elzinga, watch the herd as the sun sets in the Salmon-Challis National Forest. They’ll move the cows back to camp soon to keep them penned up for the night before another day of grazing the range tomorrow.

Across the West, women are changing the ways land and livestock are managed. Ashley Ahearn saddled up for the Mountain West News Bureau to chronicle their big dreams – and daily challenges. This is the first story of a three-part series.

It’s morning in central Idaho’s Salmon-Challis National Forest and the air is filled with the sounds of cattle on the move.

They’re being led to a new grazing area by Melanie Elzinga and two of her sisters. Melanie is riding the fence, trying to push the cows out toward the fresh grass. Her younger sister, Linnaea, is on a paint standing a little ways away, watching them come out as another sister, Annie, calls to the cows to get a move on.

Seven Elzinga sisters help run Alderspring Ranch with their parents, Glenn and Caryl. And they keep a close watch each summer as the herd grazes in the high country – a system inspired by the area’s wolves. 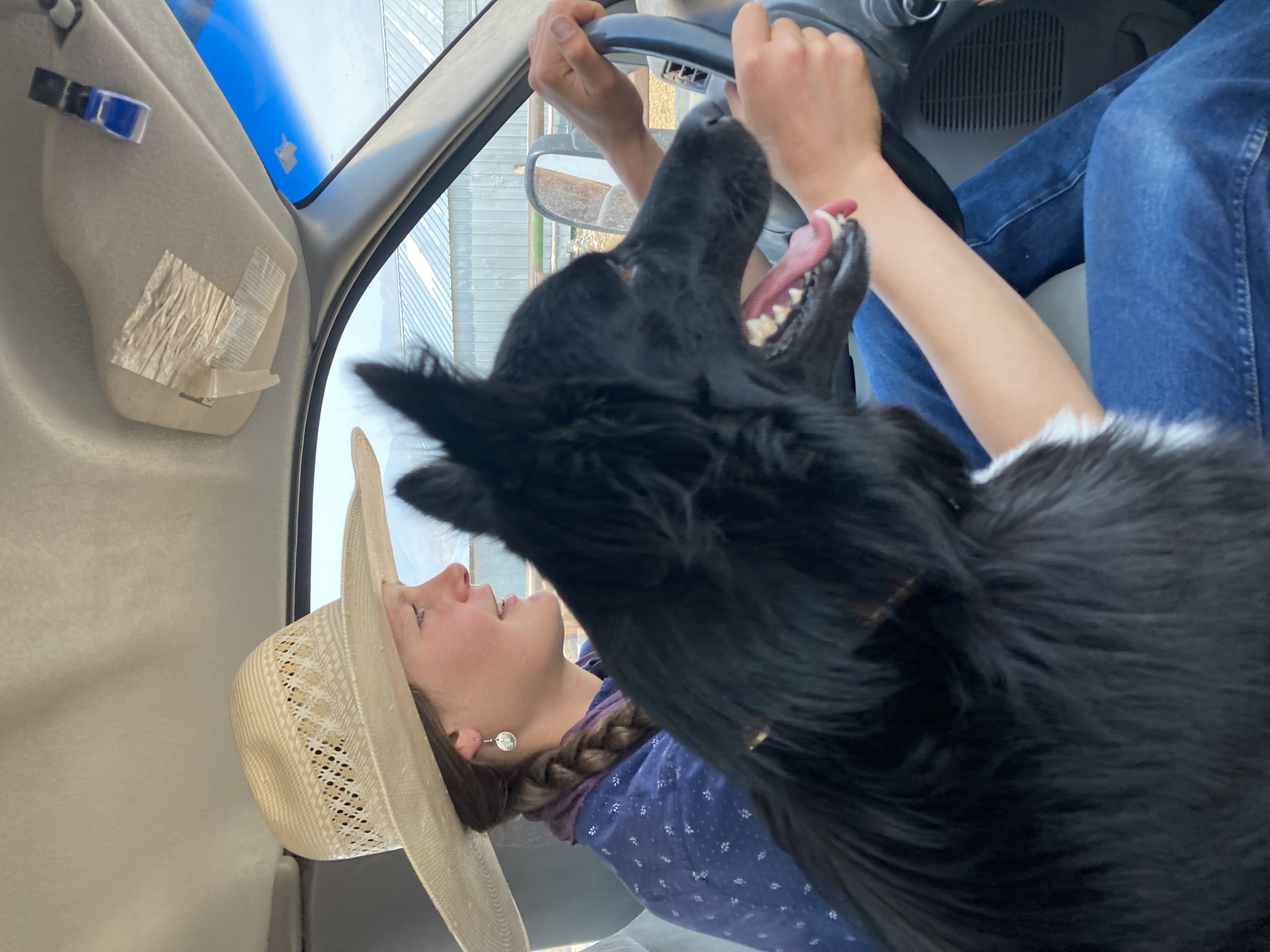 Wolves are a controversial topic in the Mountain West. Some states like Idaho and Montana have loosened wolf hunting regulations, in part to protect livestock. Animal rights advocates, meanwhile, are pushing to return wolves to the endangered species list.

When the Elzinga family started out, they lost thousands of dollars in cattle to wolves in one season.

“The wolves were the tipping point, so to speak, they were the catalyst that actually made us look at everything completely differently,” Glenn Elzinga says.

Now, instead of setting their cows loose to spread out across the 70 square miles of range the Elzingas lease each summer, the family changed things up. They started keeping the cows together and riding with them 24/7.

“So essentially, it's just one big, slow-moving cattle drive for the entire day for the entire summer, day in day out,” Melanie Elzinga says. “And what we're trying to accomplish is just regenerating the land, getting our animals full and protecting them from predators.”

The sisters ride for hours, following the herd. Up sagebrush hillsides. Down steep slopes thick with timber.

One day, several cows break away from the herd and make a beeline downhill toward a small creek in a lush draw. Melanie Elzinga and her sisters race their horses through the trees after the cows. 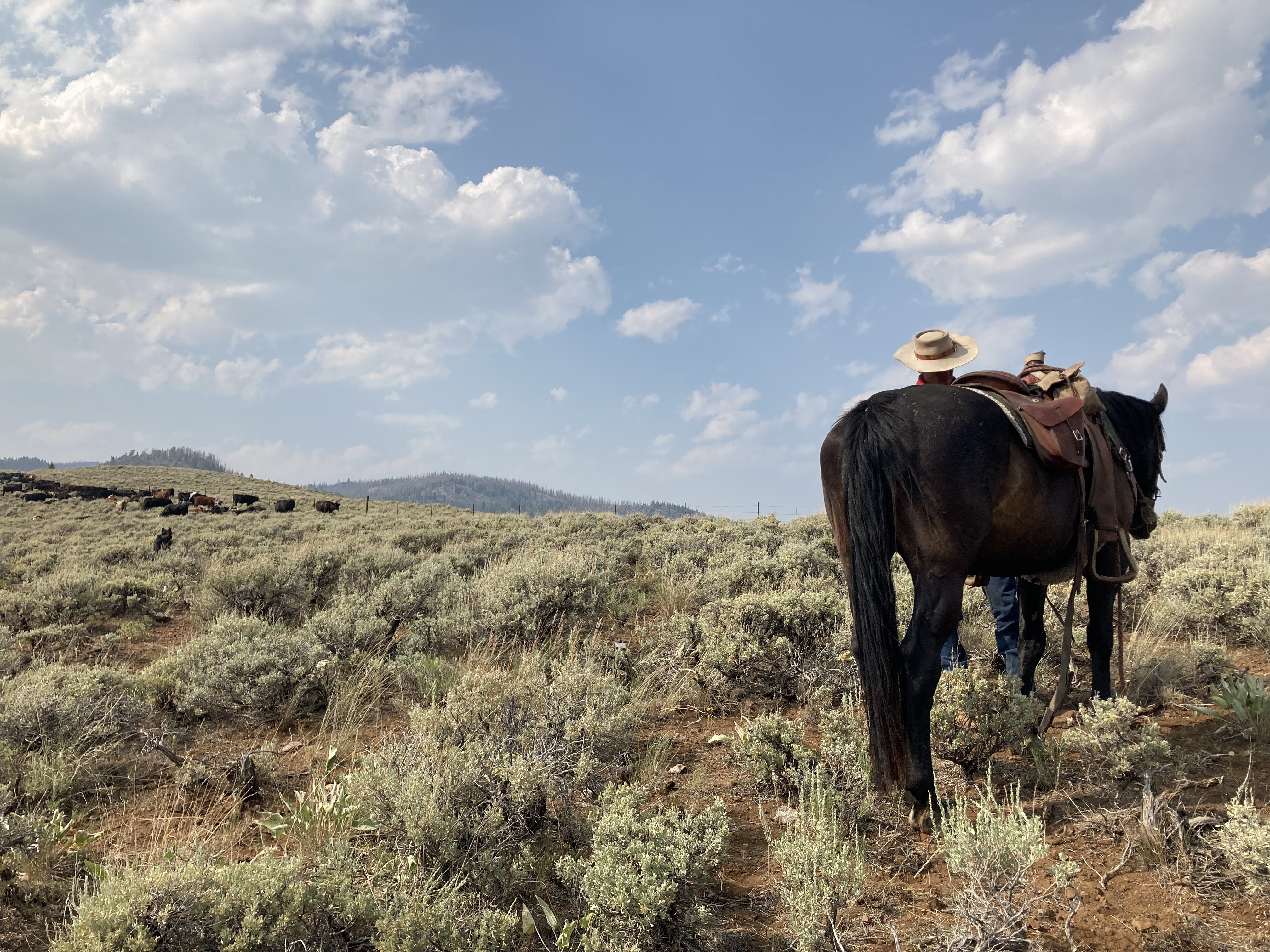 The sisters have the cows out of the creek within a few minutes. Melanie knows her cows can eat and trample sensitive plants and wildlife if they hang out in places like this for too long. And they’d be likely to come back later in the season, further stressing the land.

Since the Elzingas started closely herding their cows, they’ve seen an increase in plant diversity and wildlife in the wetlands and creeks that snake through the land.

Beavers have returned, now that the cows haven’t munched all the willow and aspen. There are elk, sage grouse, trout, rattlesnakes, salamanders and many different birds.

And, of course, wolves.

“They [the wolves] have every right to be out here,” Melanie Elzinga says, as she sits on her horse and looks out over the herd. “They’re part of this natural ecosystem. They’ve been here way longer than we have.”

Later, back at camp, Glenn Elzinga cups his hand to his ear, puts down his mug, and walks out of the cook tent into the black night. 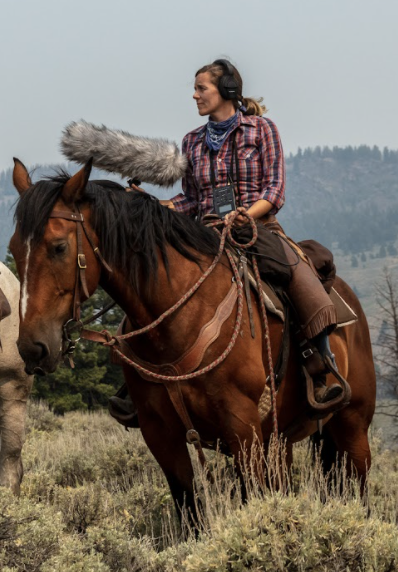 He’s heard something: howling on a ridge about a half-mile away.

Melanie Elzinga stands next to him. “I sure hope we’re not missing any cattle,” she says.

That night, the wolves stay up on the ridgeline away from camp and leave the family’s cows alone.

The Elzingas haven’t lost any cows to wolves since they started this kind of hands-on herd management.

It’s a lot of work, but the family is seeing the benefits. Their cows are safe. Their land is healthier. And the wolves are here to share it with them.

Part 2 of our series looks at ranching amid the Mountain West’s suburban sprawl. For more on women ranchers, check out the new podcast from the Mountain West News Bureau. It's called Women’s Work, and you can find it wherever you get your podcasts.

'Not One Drop Of Blood': Cattle Mysteriously Mutilated In Oregon