Why won't Biden touch the Bundys?

The sun is just peaking over the mountains near Bunkerville, Nevada. It’s summertime, about 85 degrees, and the warm light spreads over an open expanse of the Mojave desert. This area is protected as a national monument called Gold Butte, which means it’s mostly public lands. Anyone can come here and go hiking or camping.

But for Patrick Donnelly, the Great Basin director for the Center for Biological Diversity, this place effectively belongs to local rancher and extremist Cliven Bundy and his family, who militantly oppose federal control of these lands.

It’s easy to understand why Donnelly might be nervous. In 2014, Bundy and hundreds of militia members and protesters held a standoff with federal agents and local law enforcement.

The confrontation was an effort to stop the Bureau of Land Management from rounding up Bundy’s cattle, which have illegally grazed on these public lands for nearly three decades. The feds eventually backed down, fearing bloodshed. Intimidation, and even sporadic reports of violence, have continued ever since.

“There have been contractors for BLM run off with shots fired,” Donnelly says. “BLM rangers were forbidden from coming out here for years. This is not a safe place.”

Cliven Bundy and his family were some of the first prominent anti-government agitators of the 21st century, and Donnelly and other public lands activists believe their actions paved the way for other far-right uprisings in the U.S., including the Jan. 6, 2021 assault on the U.S. Capitol. While the Biden administration has moved to crack down on extremism over the past year, it hasn’t touched the Bundys, who continue to illegally graze their cattle on public lands.

“It’s an outrage that armed thugs could violently force their way into continuing to break the law,” Donnelly says.

The Bundys’ ongoing cold war with the federal government began in 1993, when Cliven Bundy stopped paying fees to the federal government to graze his cattle on public lands adjacent to his ranch. He and his two sons, Ryan and Ammon — who led the occupation of the Malheur National Wildlife Refuge in Oregon in 2016, and the latter of whom is now running a long-shot campaign for Idaho governor — don’t recognize the American taxpayer as having ownership over the federal land that makes up roughly 47% of the West.

After grazing was eventually banned in most of Southern Nevada in 1998 to protect the desert tortoise, the family continued to keep its cows out here — even after the armed standoff. The Bundys have turned natural springs into watering holes and installed irrigation in recent years, all without the permission of the federal government.

Still, the land doesn’t support cattle well — especially in the midst of a severe and prolonged drought. Water is sparse and forage in the Mojave Desert isn’t great. It’s full of small, hardy plants like greasewood and cacti. It’s a fragile ecosystem where cattle are an invasive species.

Donnelly spots two of the Bundys’ cows walking along a dirt road. They don’t look healthy.

“These cows are skinny,” he says. “They look in very poor condition.”

But the Bundys remain steadfast in continuing to flout the law. Last January, the patriarch of the family, Cliven, issued a stark warning to the incoming Biden administration if it attempted to seize his family’s cattle. 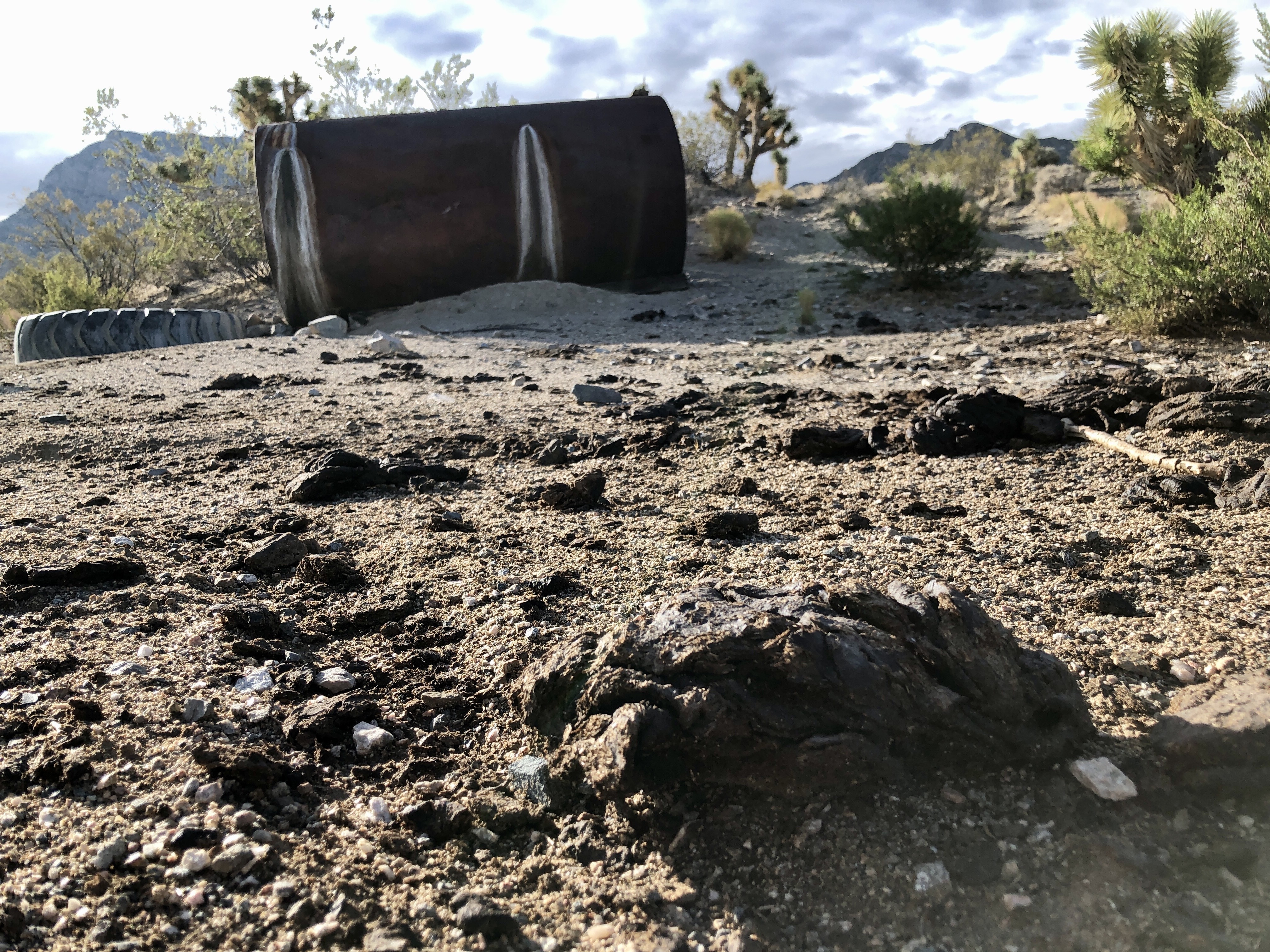 “If we have to walk forward towards guns, which we did at the Bundy ranch, we have to do that,” he said on a far-right internet radio show.

Ryan Bundy, who helps manage the family's cattle operation and played a prominent role in the 2014 armed standoff, reiterates his father’s remarks and says they’ll “do whatever it takes.”

“You can’t draw any lines in the sand,” he says. “You’ve got to say, ‘I’m going to stand regardless of what happens, come hell or high water.’”

It's not always clear what, exactly, the Bundys are standing against. Their anti-government grievances are vague, but their resistance to federal control of public lands is rooted in a fundamentalist interpretation of Mormon theology.

A BLM spokesperson did not respond to repeated calls and requests for comment about the Bundys.

On the anniversary of the Jan. 6 Capitol siege, the left-leaning watchdog organization Accountable.US published a report highlighting the overlap between the anti-public lands movement and the insurrectionists. The Bundy family praised the mob and wished it would have escalated.

More than 700 people have been charged with crimes after the insurrection at the U.S. Capitol. Last June, the president created the country’s first-ever national strategy for combating domestic terrorism. This week the U.S. Department of Justice announced a new unit to counter domestic violent extremists.

But the administration hasn’t touched the Bundys yet. Donnelly thinks he knows why.

The nation is a tinderbox right now. There are a growing number of militias, political extremism is on the rise, and Donnelly believes the Biden administration isn’t willing to spill blood over some trespassing cows on obscure Nevada rangeland few could find on a map.

“I don’t think the political momentum exists at the moment to force the issue,” he says. “It’s hard to imagine it being done of the administration’s own volition.”

That’s a tough pill for Richard Spotts to swallow. The retired BLM employee, who lives in St. George, Utah, worked for 15 years on public lands in the Southwest and his field office dealt with ranchers like the Bundys who broke the law.

“It’s kind of like dealing with a bully in the schoolyard,” he says. “If they always get away with it, it empowers them.”

The Bundys also got away with the Malheur occupation after a stunning acquittal in federal district court in October 2016.

Spotts says there are ways for the Biden administration to take action quietly. For instance, Cliven Bundy owes roughly $1 million in fees and fines to the federal government. Spotts says a court could issue a lien on his property and seize his cattle when they go to auction. Or federal agents could use a bench warrant to arrest Bundy, quickly and quietly, in the parking lot of a Costco or Walmart.

“You could be creative about finding ways that he’s not going to be able to alert the militia and have 300 people there with bulletproof vests and assault rifles,” Spotts says.

But, bottom line, he believes something has to be done by the Biden administration, because letting the Bundys walk has set a dangerous precedent.

“Especially in light of the insurrection,” Spotts says. “It’s almost like there’s a civil war. Are we still a country of the rule of law?”