About 30 volunteers gathered on a recent weekend at a snowy parking area off Highway 21 near Idaho City, Idaho.

“We have four overdue subjects. Not entirely sure at the moment how long they’ve been overdue, but we will be finding that out from our law enforcement representative as soon as we get our mission briefing here on site.” said Scotty Perkins, a public information officer and volunteer with the Idaho Mountain Search and Rescue Unit.

This is a training exercise for IMSARU members and a handful of guests. The scenario: four snowshoers didn’t come back when they were supposed to.

So volunteers split into teams, checked their avalanche beacons and set off into the woods.

In just a few hours, groups started to locate missing snowshoers. Over the radio, one of the teams called in: “We’re on scene with a patient, adult male, name of Hunter, age 25. Chief complaint is he is tired…”

Some of the pretend snowshoers, like Hunter, were OK. Others weren’t. As more calls came in over the radio, Perkins recognized some key phrases.

“As part of our mission, we have some code words associated with the encountering of a deceased subject, and that’s what we just heard,” he said.

Training such as this helps rescue teams sharpen their skills. That’s important in a year when more people went into the woods as a reprieve from the pandemic.

Perkins said his group had 37 calls this year as of Dec. 20 — up from 29 last year. Some incidents triggered several calls, which inflated the total. But part of the increase also came from the weather: cold snaps or hot days. 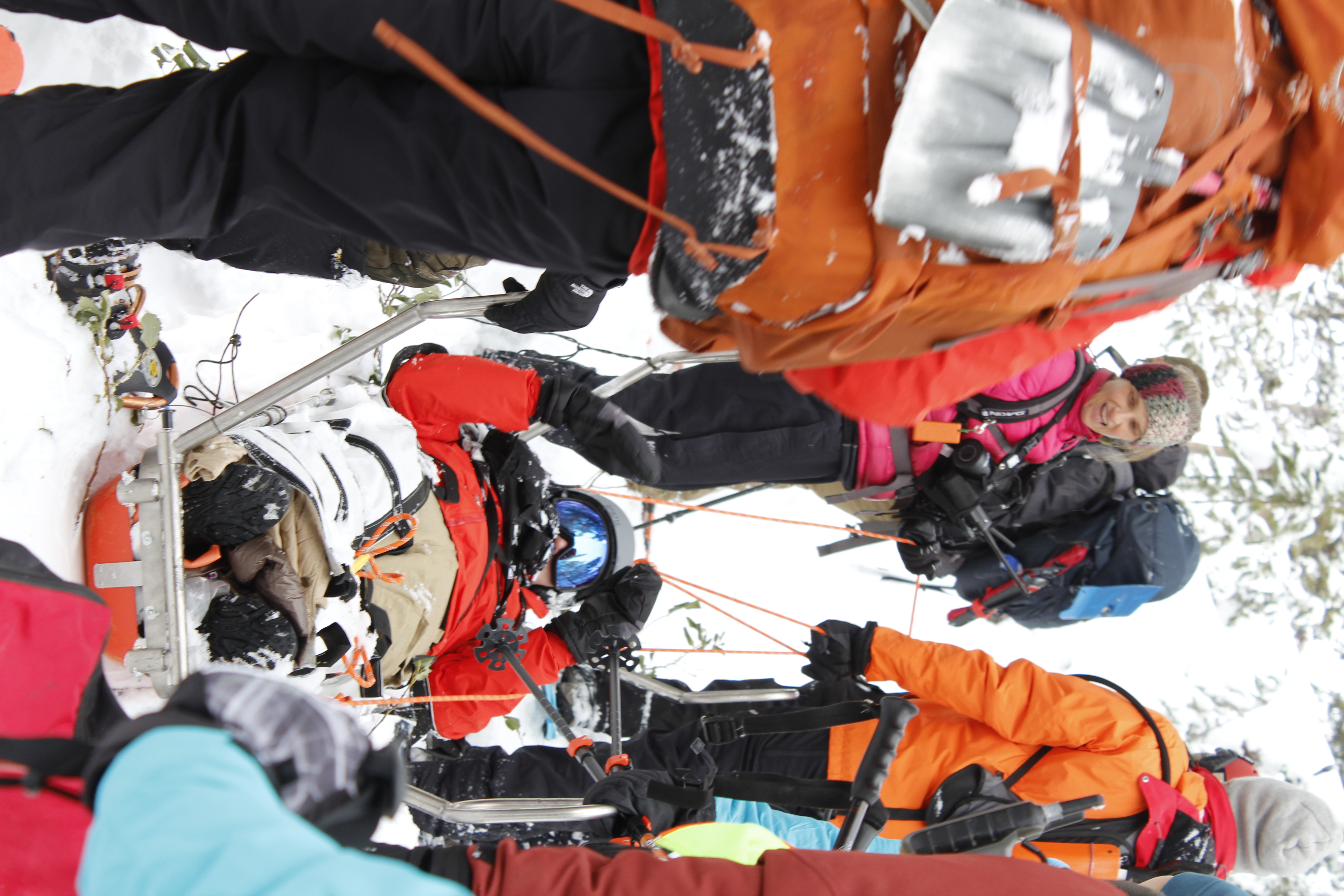 Perkins said one group of mountain bikers needed help when morning temperatures rose faster — and higher — than they expected. “It’s happened to many of us. And one of the members of that four-person mountain bike team … just found herself in a heat emergency.”

Not every rescue team in the region had more calls over the last 12 months. The Albuquerque Mountain Rescue Council in New Mexico had fewer calls from December 2020 to through last month, possibly thanks to local responders taking on more themselves.

But many others did see an increase, due in part to a bad avalanche season early in the year. That’s according to the Mountain Rescue Association, which works with volunteer teams across the nation.

Doug McCall, the association’s president, said more people are also seeking training that keeps them out of harm's way.

“We saw a huge rise in the number of people registering in our education basecamp, either because they were looking for online training or they were looking to get trained before they went into the backcountry,” he said.

Teton County Search and Rescue in Wyoming had more than 100 calls in 2021, compared to 80 the year before. But the number of people participating in backcountry recreation actually grew faster than the calls, according to volunteer Cody Lockhart.

“There's a lot more people using the backcountry, and it's not proportionately translating into more rescues,” he said.

Lockhart said there are several possible reasons, including that novices don’t often explore as far from town, cell service is better than ever and there are simply so many people out there.

“If someone hurts their knee, they're going to find someone else to help them get out or they're not going to get lost or be as likely to get lost because they're just people all over,” he said.

Lockhart said mental health was a major issue this year, though. Depression, anxiety and addiction skyrocketed during the pandemic, and made their way into the backcountry.

“That was defining for us this summer as being part of these big rescues or searches for people that were despondent or struggling,” he said.

He said the team went on “three or four” high-profile search operations in 2021, but that’s far more than normal. It included helping find the remains of Gaby Petito, Jared Hembree and Bob Lowery.

“What we've trained or practiced doing is looking for people that wanted to be found,” he said. “All three of these were essentially bodies in the woods that were not looking to be found.”

Lockhart said it’s rewarding to bring someone home to family, even if it's just their remains. But searching for those who they find dead can be challenging for volunteers. So they’re trying to serve the team’s mental health needs by checking in regularly and providing access to counselors.

Still, he acknowledges there’s no easy fix when the team is volunteering for backcountry rescues.

“They see some of the worst parts of humanity here and — it's just part of the job, I guess,” he said. “It's been new for us this year, at least at this level.”

More Americans Head Into The Wild Unprepared For ... The Wild