Vaccine Mandate Pushes Some Raiders Diehards Over The Goal Line

The Las Vegas Raiders require that fans show proof of vaccination to attend home games at Allegiant Stadium, or get a shot on the way in.

On Sunday near the Las Vegas Strip, the street is filled with thousands of Raiders fans marching towards the professional football team’s massive new stadium. Some drink tallboys of Modelo beer and chant the Raiders' name. Music blasts from nearby loudspeakers.

Isabel Gonzalez is psyched about the game — and not just because of the matchup.

“I’m going to be able to scream and sweat without having to wear a mask over my face,” she says.

That’s because Gonzalez, along with almost everyone else planning to attend the game, arrived fully vaccinated. The Raiders organization implemented one of the toughest stances on COVID-19 in the National Football League. It’s requiring those 12 years of age and older to show proof of vaccination if they want to attend home games.

“We did it because we thought it was the right thing to do,” says team President Dan Ventrelle.

The Raiders are part of a tiny but growing number of professional sports teams in the West requiring attendees to be vaccinated. They include hockey’s Seattle Kraken and the NBA’s Golden State Warriors. The Raiders announced the move in August and gave season ticket holders three choices – get vaccinated, get a refund, or roll their tickets over to next season. 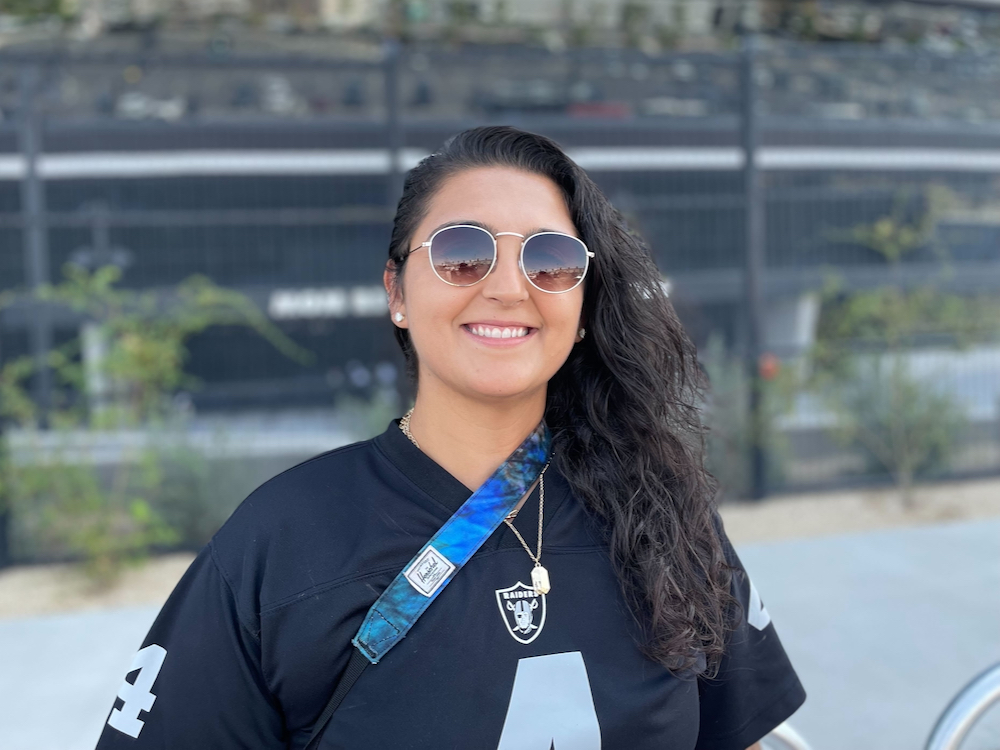 About 700 fans refused a vaccine, according to Ventrelle, but others soon filled their place. The indoor stadium, which seats about 62,000 people, was sold out for the first home game and is mostly full for today’s clash with the Miami Dolphins.

“It’s the smart thing to do,” says Julie Carr, a Raiders fan and nurse from Pahrump.

She takes COVID-19 seriously and feels safe inside the stadium, surrounded by vaccinated fans. She believes the mandate might even convince some unvaccinated people to get their first shot.

“Raiders fans are diehard fans, just like in any other sport, and they’re going to do what they have to do in order to come,” she said.

That's what the Raiders are betting on. Some aren’t too happy about it.

Outside the stadium there’s a large, white tent where medical workers administer the Pfizer and Moderna vaccines. Tia Fackrell, a season ticket holder from St. George, Utah, has just received her first jab. She sits in a folding chair watching a long line of other unvaccinated people filter in.

“I am against it. I think it’s wrong,” she says. “I think we all look like a bunch of cattle being herded in here to be branded.”

She doesn’t believe the Raiders organization should force people to get vaccinated in order to attend games. But she also didn’t want to give up her season tickets. That seems to be the prevailing mood here – unvaccinated fans begrudgingly getting their first shot.

“If it wasn’t for this game I probably would never have got it,” says Danielle Hall, whose husband is a diehard fan of the visiting Miami Dolphins. 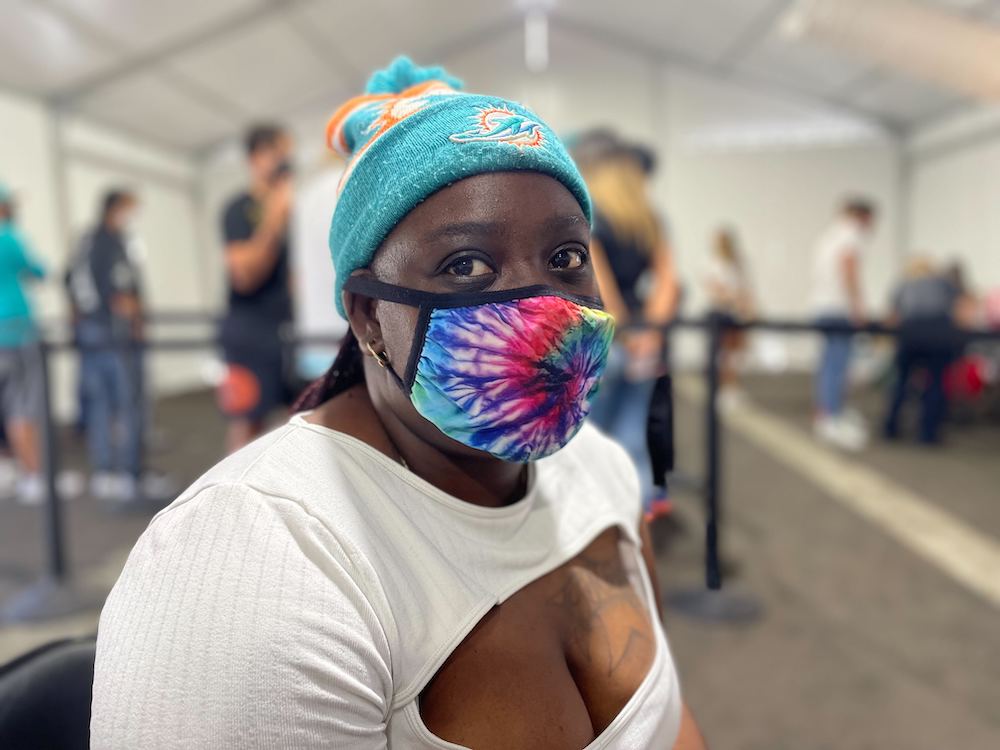 Despite overwhelming evidence from the CDC and other health organizations showing that the vaccines are safe and effective, Hall remains skeptical. But she also didn’t want to lose the money she and her husband paid for their tickets. They can cost hundreds of dollars and the team isn’t issuing refunds anymore. Hall says she doesn’t like the mandate.

“It should be up to people on whether they want to or not,” she says. “It shouldn’t be pushed just so you can watch their game. I don’t think it’s right.”

Hall says she doesn’t plan on getting the required second dose of the vaccine. And this shows one of the holes in the Raiders’ mandate. The Pfizer and Moderna vaccines require a second dose to be completely effective, but there’s no followup if a fan like Hall doesn’t attend another game here.

The organization is allowing partially vaccinated fans inside the stadium so long as they wear a mask as well as a yellow bracelet, like the one on the wrist of James Hansen.

“I think this is called the 'band of shame,'” he says, laughing. “You haven’t gotten them all so you got to walk around with this.”

This is actually Hansen’s second dose of the vaccine. He got his first shot back in March but says he broke out in a rash afterwards. It scared him. But then, this summer, he saw that younger unvaccinated people were getting sick and even dying from the delta variant. And that scared him even more. The Raiders requirement was the push he needed.

“My buddy gave me a ticket to the Raiders game and I said to myself, ‘You know, I can just get this shot and get it over with,’” he says.

About 600 people have received a shot here since the season started three weeks ago, according to a Raiders spokesperson. Despite some grumbling from fans, people are still filling the stadium. At kickoff, their sound is deafening.