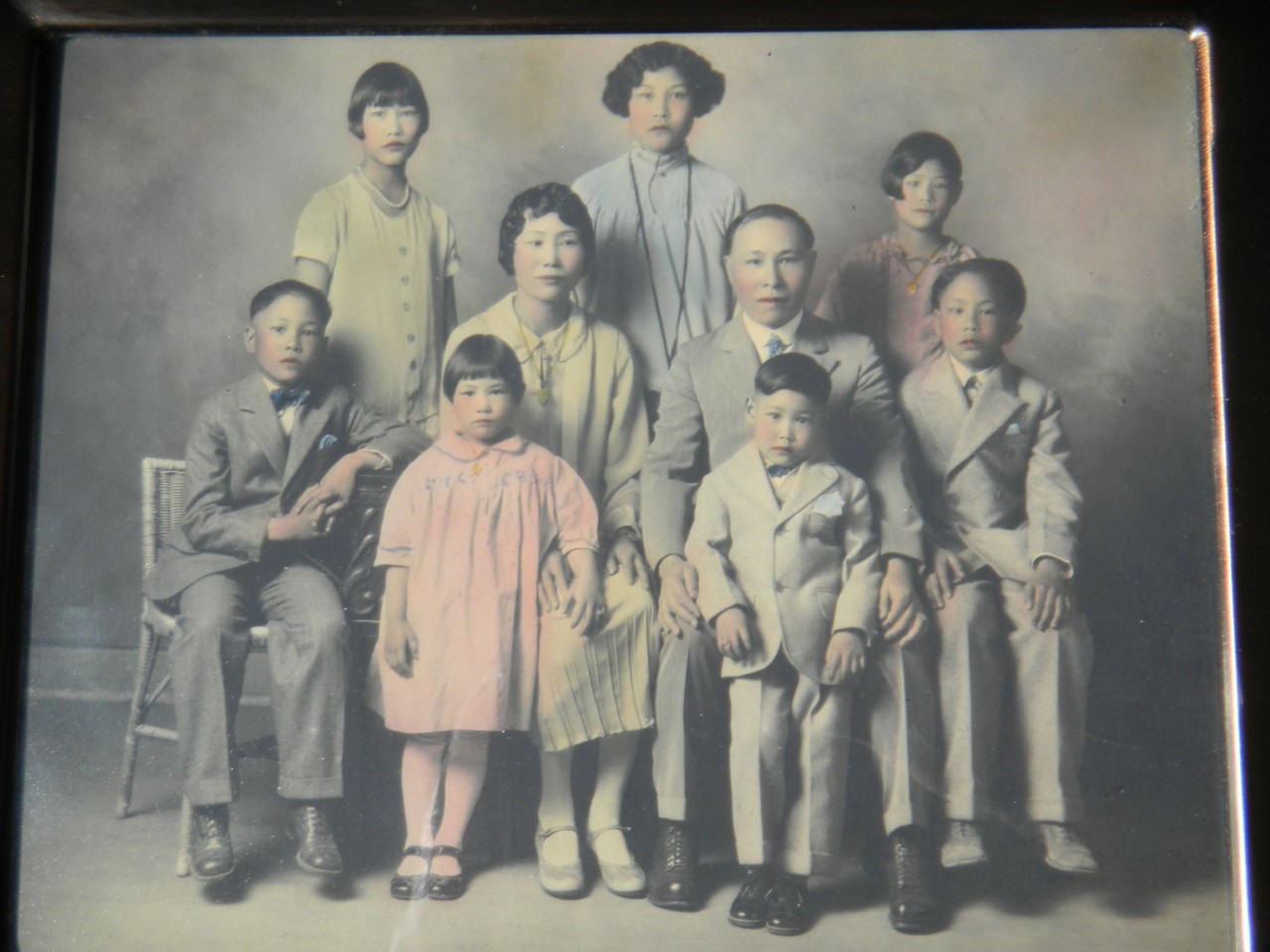 Part one of a four-part series 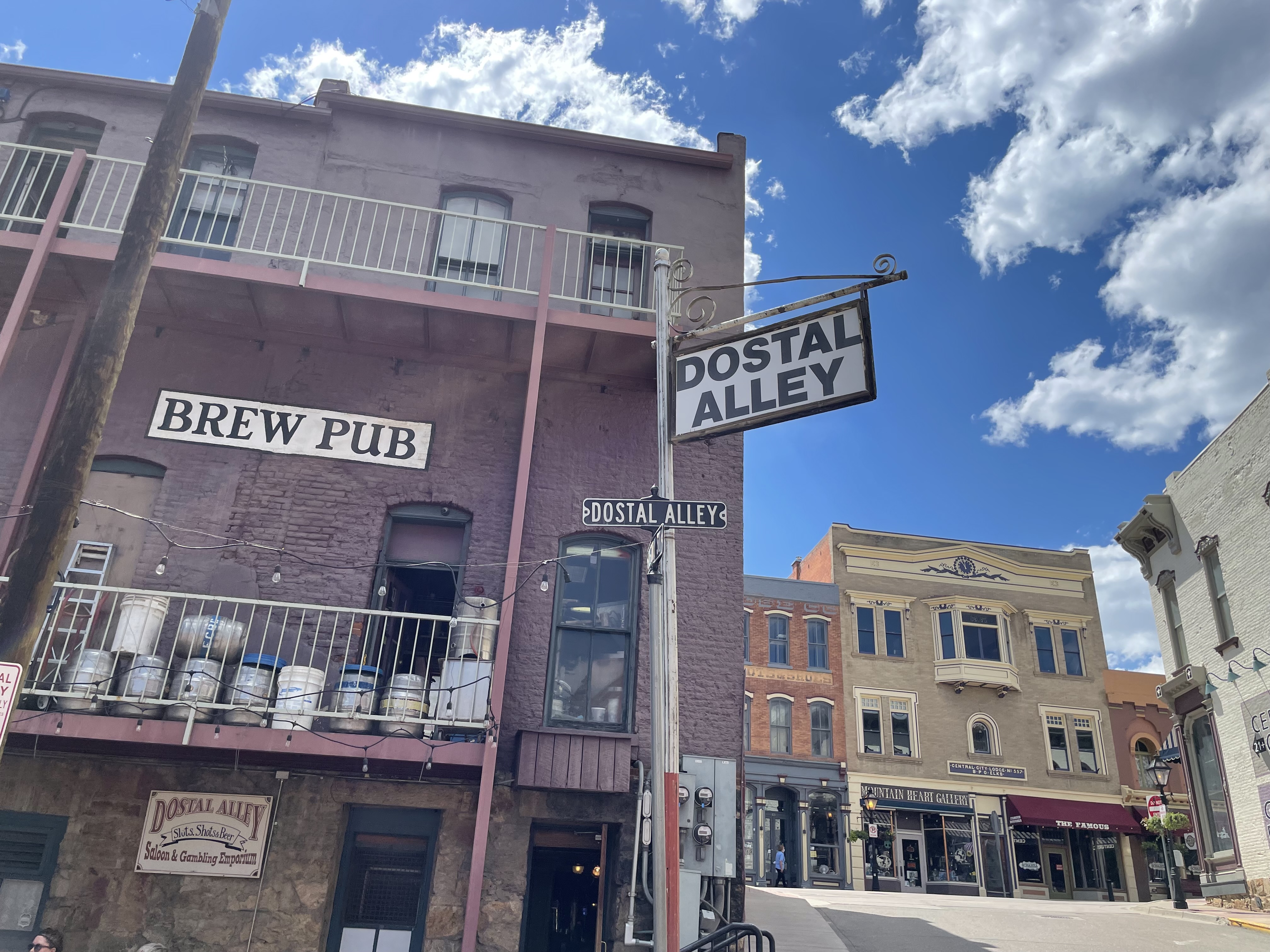 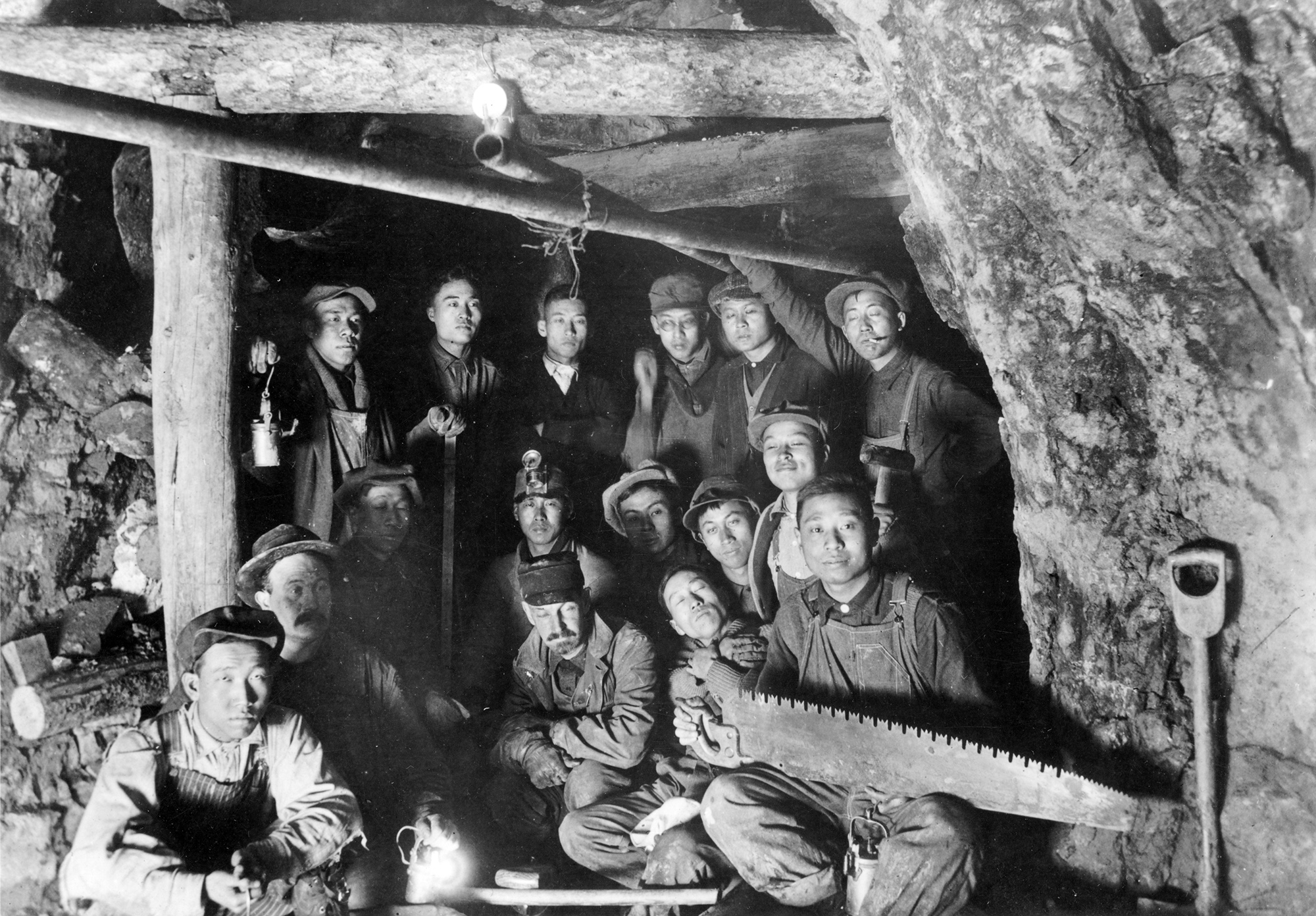 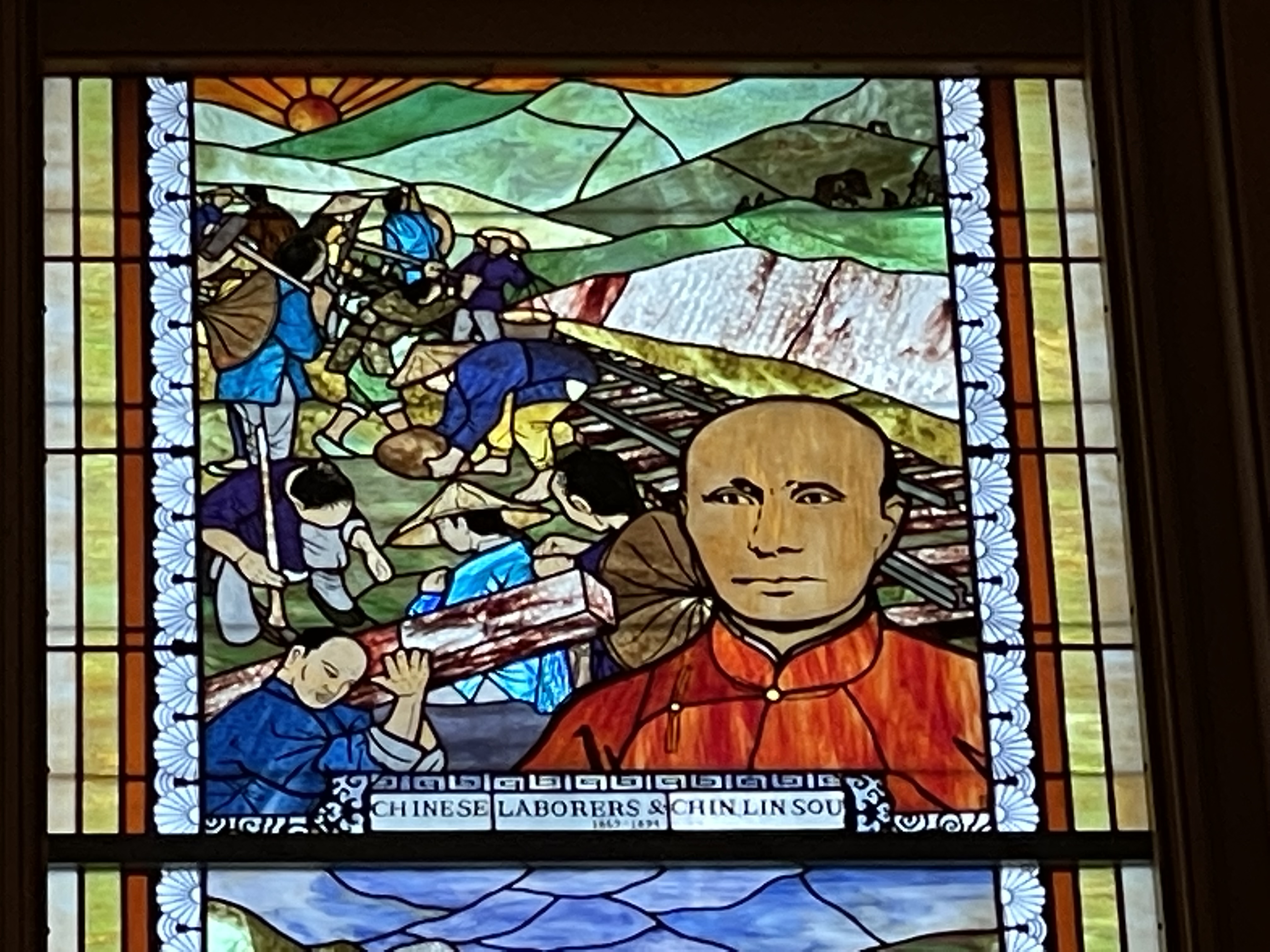 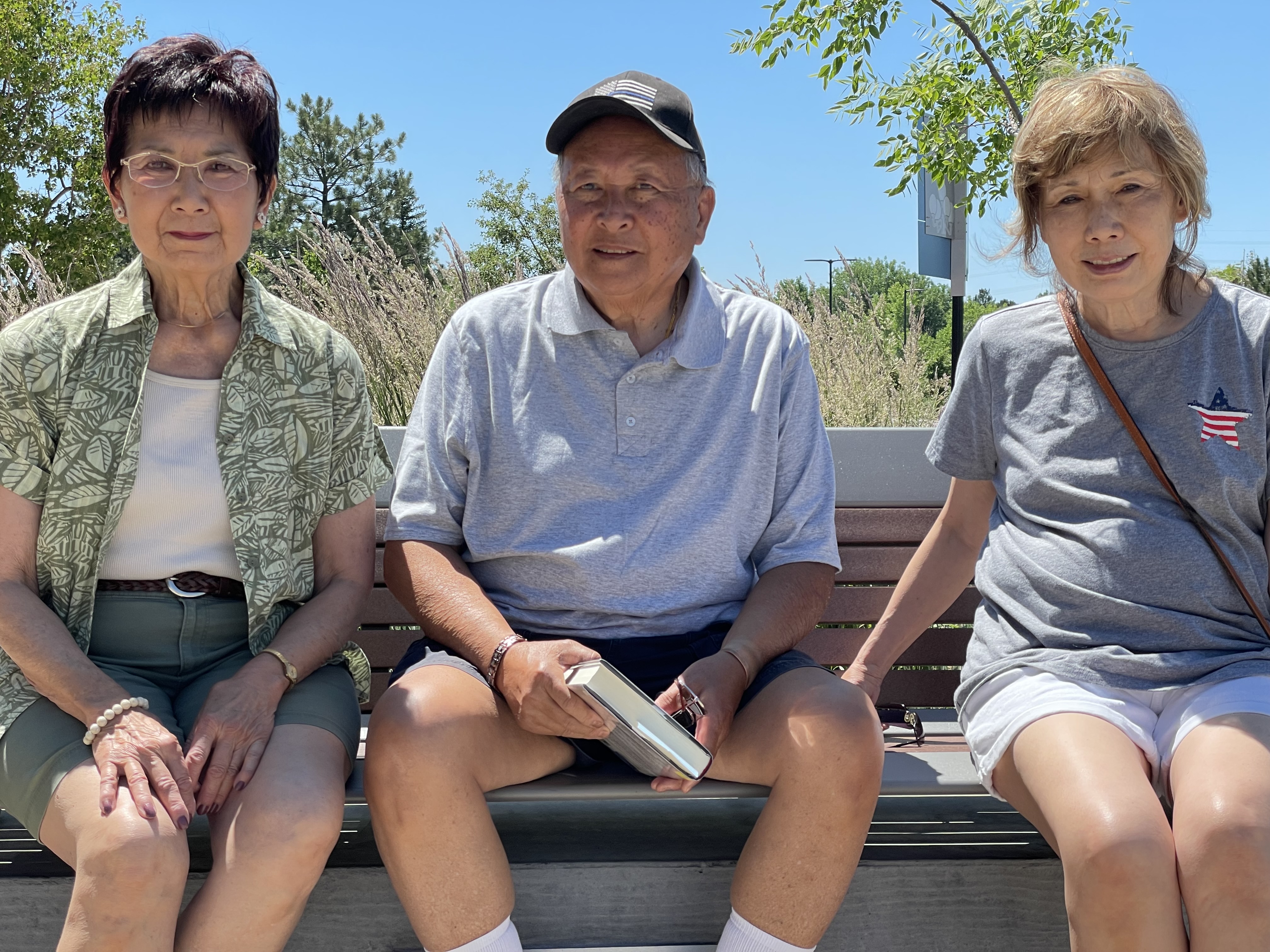 Linda Jew sits at a table in the Douglas County library near Denver. She’s looking at an old black-and-white family photo.

“The lady on the top is my mother Wawa,” she says.

“That's Willie Chin holding one of the twins,” she continues.

In 1856, Chin emigrated from China to San Francisco as a young man. He was over 6 feet tall, had blue eyes and eventually worked on the transcontinental railroad.

“Because he spoke English so well, they asked him to help organize the Chinese to build the railroads from California to Utah,” Jew says.

Thousands of Chinese immigrants laid tracks for the railroads and when that work ended, they needed other jobs. Many joined Americans and white Europeans who came west to find gold, silver and other riches, said William Wei, a professor at the University of Colorado Boulder and former Colorado state historian.

“There were a lot of Chinese railroad workers who moved on to become miners,” said Wei, author of Asians in Colorado: A History of Persecution and Perseverance in the Centennial State.

One of Colorado’s first big gold camps was established in what is now Gilpin County and the towns of Central City, Blackhawk and Nevadaville. Prospectors from countries like Italy, Ireland and England flocked to the area to extract the mineral through hard-rock mining. By 1860, Central City had 10,000 residents.

A group of Chinese miners settled in the area, including Chin. His mastery of English opened a lot of doors and he ended up supervising other Chinese workers.

“The big leader of the community in Central City was Chin Lin Sou, who became extremely wealthy from mining, laundry and property investments,” said David Forsyth, executive director of the Gilpin Historical Society. “He was very highly respected by pretty much everyone."

At the time, there were only about 125 Chinese people in Gilpin County. They were considered the lowest ethnic group and relegated to the scraps from abandoned mines to find gold. They used a method called placer mining, commonly referred to as panning.

In Central City, the Chinese lived in an area called Dostal Alley. They mainly kept to themselves, said Forsyth, and for the most part other groups left them alone.

“You had incidents — there are newspaper stories about a group of boys, you know, harassing some Chinese miners, throwing rocks at a Chinese guy's house,” he said.

Things escalated in 1874 when a fire destroyed most of the wood buildings on Main Street and the business district.

“It was originally blamed on a Chinese religious rite that had just gotten out of hand because it did start in the Dostal Alley section,” he said. “(There was a) massive amount of damage”

No one was killed or seriously hurt, and insurance covered a lot of the rebuilding costs, Forsyth said. But people were mad.

“There was actually a mob that kind of formed. And they were going to just go tear apart the Chinese section, what was left of it at that point, after the fire,” he said. “Chin Lin Sou stepped in and got them calmed down and some other people in town got them calmed down.”

"The problem that the Chinese experienced was (that) they were competitive in, if you will, the labor market."

This peaceful resolution stands in contrast to treatment the Chinese received in other Colorado mining towns and across the American West. As these immigrants increased in number, so did anti-Chinese sentiment.

“The problem that the Chinese experienced was (that) they were competitive in, if you will, the labor market,” Wei said.

The Chinese laborers were reliable and willing to work longer hours for less pay, but they made enough money to support their families back home. They were tolerated, Wei said, because there was a chronic labor shortage.

But when they started taking jobs that white people thought belonged to them, economic and cultural tensions heightened.

“There were some places that they were able to establish themselves, but were subsequently driven out of them,” he said. “And other places where they were not welcomed at all.”

The 1870 census shows that Chinese people were living in Nevada and the territories of Wyoming, Montana and Idaho. The greatest number lived in Idaho Territory, where they made up almost 30% of the population. But 15 years later, the Idaho Statesman newspaper published an article titled “How to Get Rid of the Chinese.”

Bigotry rippled through the Mountain West. One example was in Leadville, Colorado, a city about two hours west of Denver.

“Some of the things that were being said to keep them out were really just totally racist,” said Stephen Whittington, executive director of the National Mining Hall of Fame and Museum. “‘They’re clannish. They're dirty. They drowned their children.’ Just ridiculous things like that.”

A group of Chinese workers were run out of town a couple years before the silver boom started in 1879.

“There were 16 Chinese men living in Leadville who had been hired to dig a ditch,” Whittington said.

They had just started working when a group of men from a neighboring town showed up and threatened them.

“The men packed up and basically took off,” he continued.

“Some of the things that were being said to keep them out were really just totally racist.”

A year later, another Chinese man showed up in Leadville to open a laundry service. Soon after he arrived, some residents created explosives and blew up his cabin while he slept. The man survived but quickly left town.

There was an unwritten rule, said Whittington, that “John Chinaman” was not allowed to enter the city limits and no other Chinese ventured there for decades.

“I am unfortunately not really surprised that people did not like them,” Grace Parker said.

The 21-year-old grew up in Leadville and is working at the mining museum for the summer.

“If you're not Caucasian, like white, you are usually attacked,” she said. “Which is really sad to hear about because I'm not part of that majority.”

Parker is Chinese and was adopted by a white family as a baby. As a kid, she never learned about this part of Leadville’s history but says she’s always felt comfortable living here.

“Growing up, I never really had a problem with anything racial or anybody not like me because of my race,” she said.

The exclusion of Chinese laborers from the history of the American West does not surprise Rachel Shearer.

“I don't have a whole lot of information just because not much was recorded about it,” she said.

Though Shearer works for the Nederland Mining Museum in Boulder County Parks, even she doesn’t know much about the Chinese that lived there. But an article from 1874 references a non-violent incident in the town where 40 men forced them out. The mining company and local leaders published a letter resolving to find the perpetrators.

“As the Rocky Mountain News reported, they were incensed by the mob violence. They did not agree with it,” she said. “But in the same article, they do point out that this was a despised race, the Chinese.”

These newspaper articles were written from the perspective of those in power at the time, Shearer said — wealthy, white Protestant males.

“Racism was rampant,” she said. “Equality and inclusion (were) not even on their radar.”

In 1882, Congress passed the Chinese Exclusion Act. It suspended Chinese immigration and prevented those already in the U.S. from becoming citizens. This was the first legislation in American history to broadly restrict immigration. It was not repealed until 1943.

At the Douglas County Library, Jew, who tells people she’s the “fourth generation of a Colorado pioneer,” is reminiscing about her great-grandfather Chin Lin Sou.

“He got a good reputation as being an honest, good man that they asked him to be the sheriff of Central City,” she said. “But he said, no, he has enough trouble being Chinese, let alone being the sheriff of this territory.”

Chin Lin Sou brought his wife over from China and they had seven kids. He eventually moved his family to Denver’s Chinatown, which was destroyed by a violent mob in 1880. Chin stayed in the city, though, and some of his descendants still live in the area today.

Jew and her family have worked to ensure the contributions of Chin and other Chinese immigrants are remembered locally and nationally.

“America wouldn't have been built if it wasn't for the Chinese, because the railroads opened up the country,” she said.

William Chin, Jew’s first cousin and Chin Lin Sou’s great-grandson, is proud of his family lineage and acknowledges the hardships they faced. When he was a kid, he visited Blackhawk and Central City with his dad and uncle who worked up there. But, he said, a lot of their family history was lost because it wasn’t recorded.

“I don't think you ever completely do away with racism,” he said. “Because you always have those people that are going to point other people out.”

Even though Chin Lin Sou was highly respected, he wasn’t immune to racism. In 1977, he was honored with a stained-glass portrait at the state Capitol. He is wearing a red Mandarin collar, but Jew said this is a misrepresentation — he was stereotyped. He never dressed like that; he always wore a Western suit.

How The White Establishment Waged A 'War' On Chinese Restaurants In The U.S.

A Chinese Immigrant Gets His California Law License, 125 Years Later

His Life Cut Short, Vincent Chin Is Remembered For What Might Have Been