Andrea Thomas sits in her office, holding a picture of her daughter Ashley Romero and her grandson. Ashley died from fentanyl poisoning in 2018 at the age of 32.

It was 2018. Ashley Romero was 32. She was living in Grand Junction, Colo., a smaller community known for mountain bike tourism, public land access, and beautiful rocky terrain. She had an 8-year-old son and a boyfriend.

“She was dating someone and he gave her a half of a little blue pill,” Ashley’s mom, Andrea Thomas, recalled in a recent interview.

Thomas said the pill looked like a Percocet, but it wasn’t.

Ashley’s boyfriend took the other half, also nearly died and was revived. But he killed himself shortly after.

Pills like these — known on the street as Mexican Oxy, Blue Mexis or Blues — contain the man-made opioid fentanyl. It’s similar to morphine, but can be 100 times stronger. It can make you high — or if you have too much, stop your heart.

“You hear of overdoses all the time. But the difference between what happened to my daughter and all of those stories that I heard about overdose before is that she didn't overdose. She was poisoned,” Thomas said.

Thomas started the Voices for Awareness Foundation to help get out the word about these counterfeit pills. But she still finds plenty of people who don’t know about them.

“I think that we need to be talking about this everywhere,” she said. “I think that it should be in the schools. I think going into college.”

And she wants action now.

Fatal drug overdoses are skyrocketing, driven by synthetic opioids like fentanyl. And that potentially deadly drug has made it to the Mountain West – the last part of the U.S. to face the brunt of the opioid crisis. 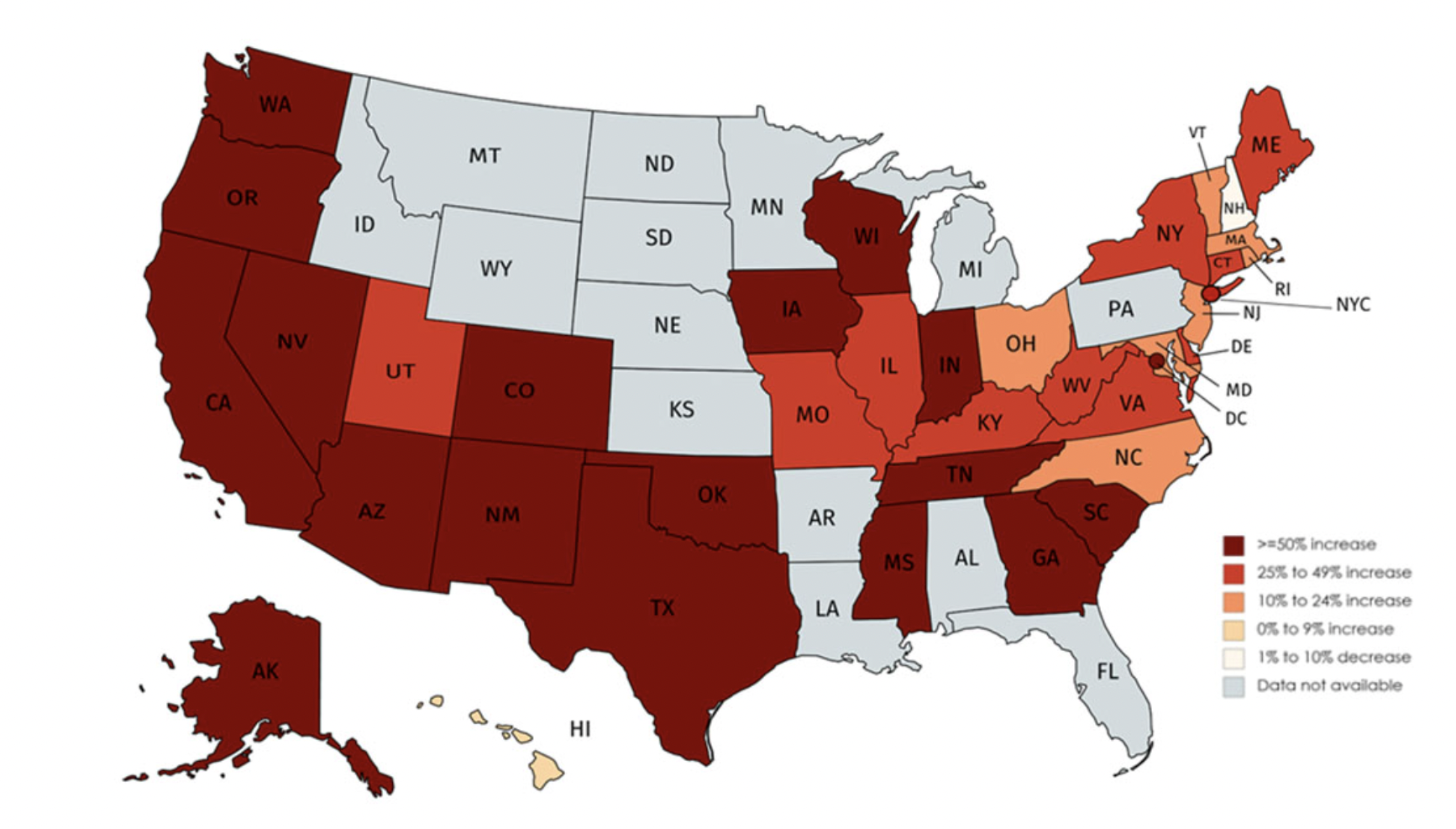 So how do these fentanyl pills get here?

The Drug Enforcement Administration’s Steve Kotecki explained that fentanyl and fentanyl-related substances often start with chemicals that are shipped from China to Mexico.

“And then down in Mexico, it's manufactured in a garage or a warehouse or something else down there by the cartels, is manufactured and then smuggled up through the southwest border,” said Kotecki, who works in the agency’s Denver office.

Mexican cartels like fentanyl because it’s cheap and powerful.

But it’s hard to mix in a way that’s safe. An amount as small as a few grains of sand can be enough to kill.

Doctors use it on patients every day, but they have instruments to give exact doses. Kotecki’s wife had it after giving birth.

“Fentanyl is great for pain management, you know, and it has helped a lot of people get through some really rough times,” he said.

The DEA says about a quarter of fentanyl pills they seized had enough of the substance to kill. And that term “fentanyl” often refers to an umbrella of drugs, including carfentanil, which is used in elephant tranquilizers. It can stop your heart in seconds.

“I've been telling people it's like playing Russian roulette with a four-chamber revolver,” Kotecki said.

Cartels are pressing the fentanyl into pills that look like Oxycontin and Percocet. And that’s for a reason: The U.S. cracked down on opioid prescriptions, but many people still want them. Where there’s demand, cartels see a business opportunity.

And Kotecki said the amount of fentanyl coming over the border has doubled every year for the last four years. Now, it’s everywhere. “This is a problem that has reached every corner of our communities.”

Jess Stennet is a sergeant with the Idaho State Police. He’s in Kootenai County in north Idaho, which has about 170,000 people, the city of Coeur d’Alene and plenty of forest. Over eight days this summer, that county had five unrelated overdose deaths – all suspected to have been fentanyl-related. 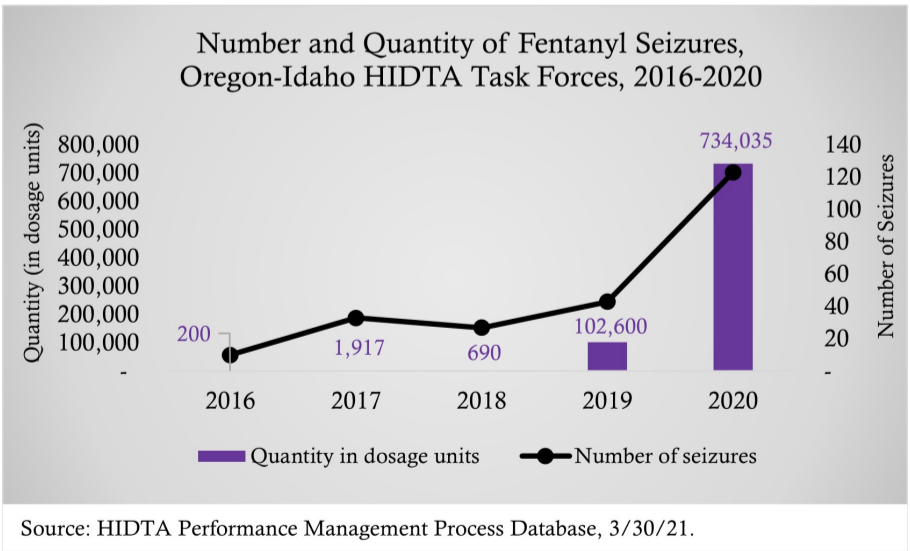 That problem includes some people using painkillers to feel better, or to simply not feel sick anymore. Kids experiment with these drugs, too.

“We’ve had as young as 15-year-olds overdose,” Stennet said. “The availability of it is frightening.”

“Twenty years ago when I first started doing this job in law enforcement, things seemed a little more black and white to me,” he said. “When you have 15-year-olds who are dying from a pill, you're going to have to dig a little bit deeper into the issues. And it's not just about incarceration all the time.”

He said some of the answers lie in helping people with addictions and educating people on this growing issue.

Fentanyl is finding its way into other products like meth, Xanax (used to treat anxiety) and Adderall (used to treat ADHD). So Stennet hopes people understand that if they didn’t get a pill from a pharmacist, it could be their last.

This is the first of a three-part series. Check out the next two parts to learn how law enforcement and the courts are dealing with fentanyl and how to help people identify tainted drugs.

Some Solutions To The West’s Overdose Crisis: Test Strips And Data