For Denver parent Heidi Laursen, the $250 federal payment couldn’t have come at a better time.

Laursen lost her hospitality job at the height of the pandemic. Months later, she managed to find a new one, but at a significantly lower wage. The financial strain made it difficult for Laursen to afford child care for her 8-year-old son Jack Laguna. He has special needs and she says not just any facility will do. After a lot of angst, money from the expanded Child Tax Credit hit her bank account on Thursday.

“That payment is going to help me pay for an additional week of child care for my son,” Laursen said. “So I can sign him up for it, I know that the money is there. I'm relieved. It's helping, it's helping already.” 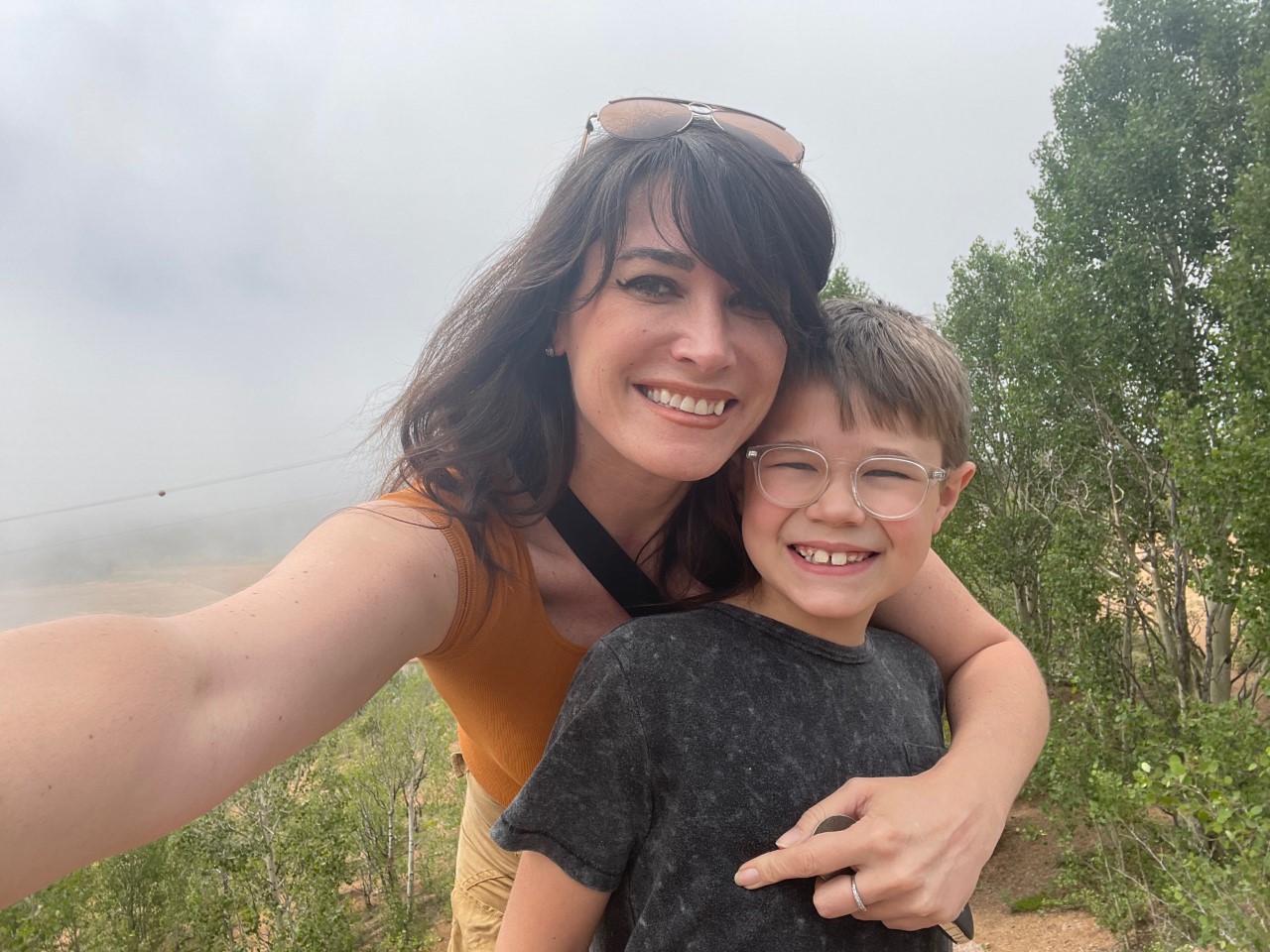 Laursen is among millions of families across the Mountain West to benefit from the federal government’s expanded Child Tax Credit program, which launched this week.

It includes monthly payments of $250 per child ages 6 to 17 and $300 for children under 6. The money will continue through December.

The program stems from the $1.9 trillion American Rescue Plan, which President Joe Biden signed into law in March. The stimulus package narrowly passed through Congress without winning a single vote from Republicans in the U.S. House or Senate.

Advocates and social scientists say the extra cash will help low and middle-income families recover from the economic impacts wrought by the COVID-19 pandemic and lift millions out of poverty.

In a speech on the Senate floor on Wednesday, Bennet called the expanded credit an “incredibly important milestone” for the country.

“We have some of the lowest economic mobility of any country in the industrialized world,” Bennet said. “We tell ourselves we're the land of opportunity, but we haven't looked like that for a very long time, and the policies that have been passed here haven't helped. And that's where the Child Tax Credit comes into being.”

In the Mountain West, the share of children living in poverty ranges from roughly 10% to 25 %, with Utah on the lowest end and New Mexico topping the list. Columbia University’s Center on Poverty and Social Policy says the Child Tax Credit could cut those numbers in half.

Nationwide, roughly 14% of children under the age of 18 lived in poverty in 2019, according to a Pew Research Center analysis of the most recent U.S. Census data.

Prior to the pandemic, that number had been steadily declining for more than a decade. Various reports suggest a spike in unemployment may have temporarily reversed the trend in 2020, with as many as 11 million children now living in a home that struggles to afford basic expenses such as food and rent.

Black and Hispanic children are overrepresented in the numbers. This traces back to the kinds of wages parents are taking home, which are lower in several Mountain West states compared to other parts of the country.

Mariana Chilton, director of the Center for Hunger-Free Communities at Drexel University, points out that women of color comprise the largest portion of low-wage workers in America. Given that racism and gender discrimination are some of the drivers of child hunger and poverty, Chilton sees the Child Tax Credit as a strong tool to chip away at these systemic inequities.

“The new child tax credits should be made permanent,” Chilton said.

The expanded credit’s impact on childhood poverty in the Mountain West will likely range state to state. In Colorado, for example, the payments could help lift more than 57,000 children out of poverty, according to a statement issued by Gov. Jared Polis.

Other Democratic governors, including Nevada’s Steve Sisolak, cheered the payments on Twitter. Meanwhile, Republican governors in Idaho, Wyoming, Montana and Utah were silent on the issue. 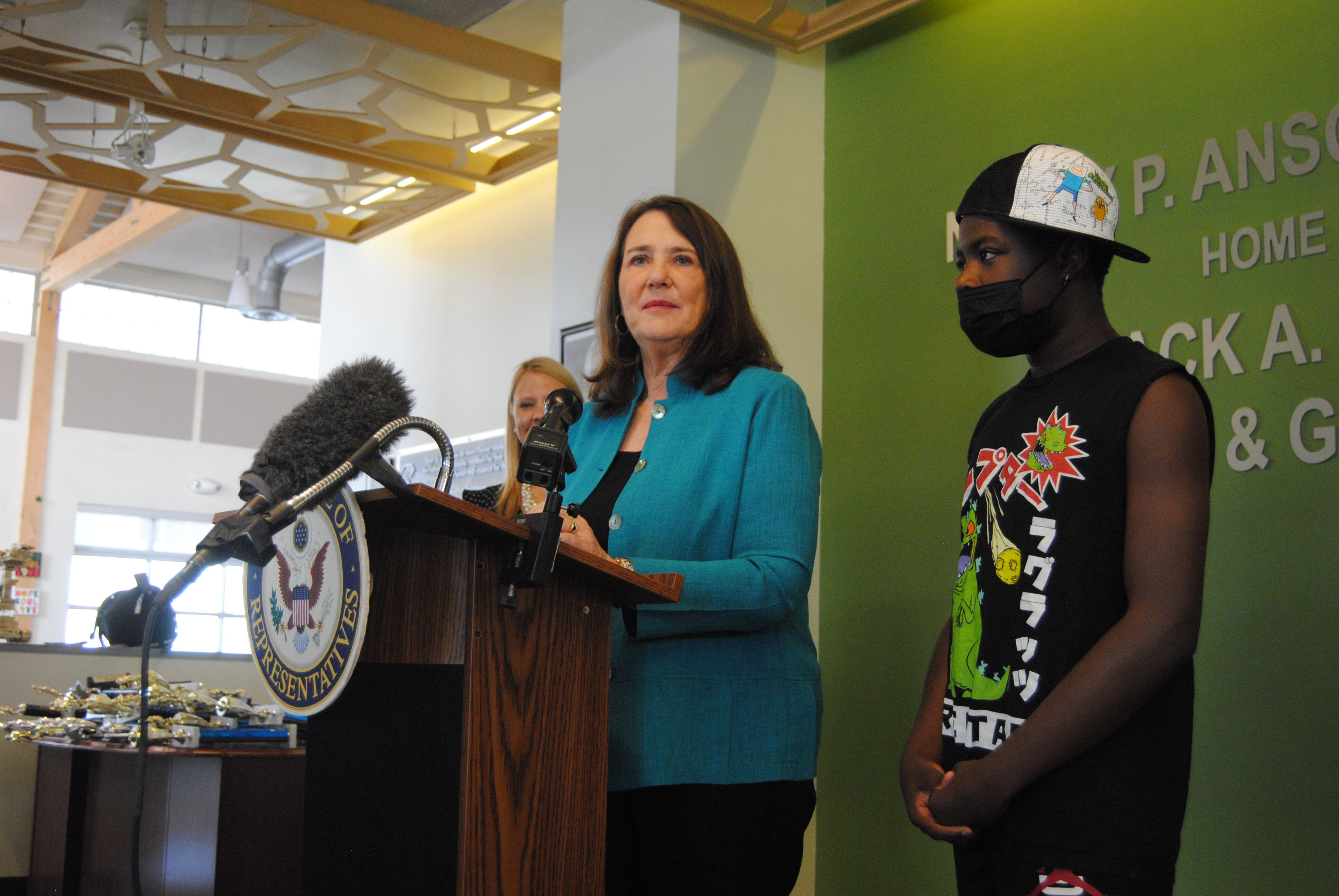 In Denver, the first wave of direct deposits made their way to families early Thursday morning.

Erin Porteous, CEO of the Boys and Girls Club of Metro Denver, said some parents dropping their kids off for summer camp reported seeing the credit in their bank accounts. The neighborhood clubs support more than 1,000 families who are living below the poverty line.

“It makes an incredible difference for parents who are faced with difficult decisions,” Porteous said. “It comes down to ‘Will we be able to have a meal tonight or do we need to put that towards transportation? Should we go to that doctor's visit that we desperately need or does that money need to go to rent?’ These are really devastating challenges that some of our club families face.”

More than 43,000 Denver households are eligible for the payments, covering 80% of all children in the city, said Democratic U.S. Rep. Diana DeGette of Colorado.

As payments go out to families across the West, DeGette and other congressional Democrats are renewing their push to make the extended tax credit permanent.

“It would really give us the ability to pull all of these children out of poverty,” DeGette said at a press conference promoting the tax credit. “We’ve really striven for that for a long time.”

The Biden administration has proposed extending the credit for at least five more years, but plans are still in flux.

Parents who file federal taxes and meet the income threshold should automatically get the payments. People who do not file taxes must register online with the IRS.

The expanded child tax credit briefly slashed child poverty. Here's what else it did

The Expanded Child Tax Credit Is Here. Here's What You Need To Know