We’ve all felt the fear when the check engine light emerges on the dashboard of your car. What the hell does that mean? How much is it going to cost me?

Or worse, your car starts smoking. You pop the hood, and you have no idea what you’re looking at or what to do next. Or you hit the gas and the car sputters. 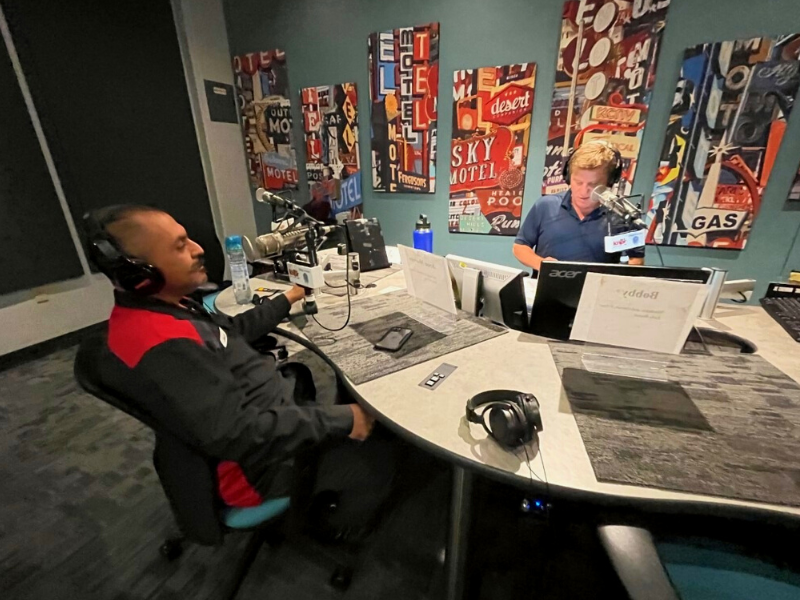 What’s causing that screeching sound from my wheels? What coolant do I use for my vehicle?

How do I prevent my car from overheating in this scorching heat?

And if you had a question but missed the show, or if we couldn't get to it on Thursday, don't worry, we'll be doing this again on Sept. 22.

If a shop's really clean, Bobbie said, "beware." Shops are always busy unless they have a bad reputation in town.

"If it's one of those places that is completely empty, and they're just dying to get your work the moment you walk in, they're like, 'Yeah, we'll take care of it right away.' Those are usually the you know, telltale signs, kind of red flags, if you will," Moreno said.

Sandy from Las Vegas called in because her 1996 Toyota Rav4 lurches in the morning. The mechanics said it could have been a drivability problem, usually looking at fuel management, how it's actually driving, engine management.

Depending on the diagnostics, it could be several issues.

Both of them work on older cars, and said age has nothing to do with the vehicle. "Really, at the end of the day, have you maintained that vehicle?"

Zachary called in with his 2015 Honda Accord. He's got squeaky brakes. He got new rotors, but it's still squeaky. And there's nothing wrong with the brake pads.

"Squeak is a vibration, just like a cricket's wings," said Bobbie, who says the brakes are likely polished from driving soft. "Slam on 'em every once in a while, have some fun!"

"We get that a lot in our shop after the rains," Moreno said. "You know, when it rains, you got a hot road or hot pad. As it starts going down, you start to slow down, basically that heat transfer is causing it to polish up if you will, and it's buffed it essentially, it's like buffing the rotor."

My car needs a priest?

Daniel drives a 1996 Buick Sentry. He thinks he has a grounding issue. He said his cruise control sometimes works. Whenever he would press the brake pedal, the rear frost turns on and while the cruise control doesn't work, the third brake light also doesn't function.

"You don't need us, you need a priest, you need an exorcist," Bobbie joked. Moreno suggested looking at the multi-function switch.

"That all that basically relates to that same circuit right there," he said. "That thing controls your turn signals, which essentially controls your brake lights, because it's running through that circuit. So if you've already changed the module, but you haven't looked into your multi-function switch, there's a strong possibility, you might want to go ahead and consider that."

Las Vegas car talk: What's that noise and how much is it going to cost me?

Why Safer Cars Don't Lead To Cheaper Car Insurance ... Yet

A Safety Feature By Any Other Name Can Really Be Confusing, AAA Finds