The shoreline is receding at Emerald Bay on the southwest corner of Lake Tahoe on Oct. 20, 2021 east of South Lake Tahoe, Calif. 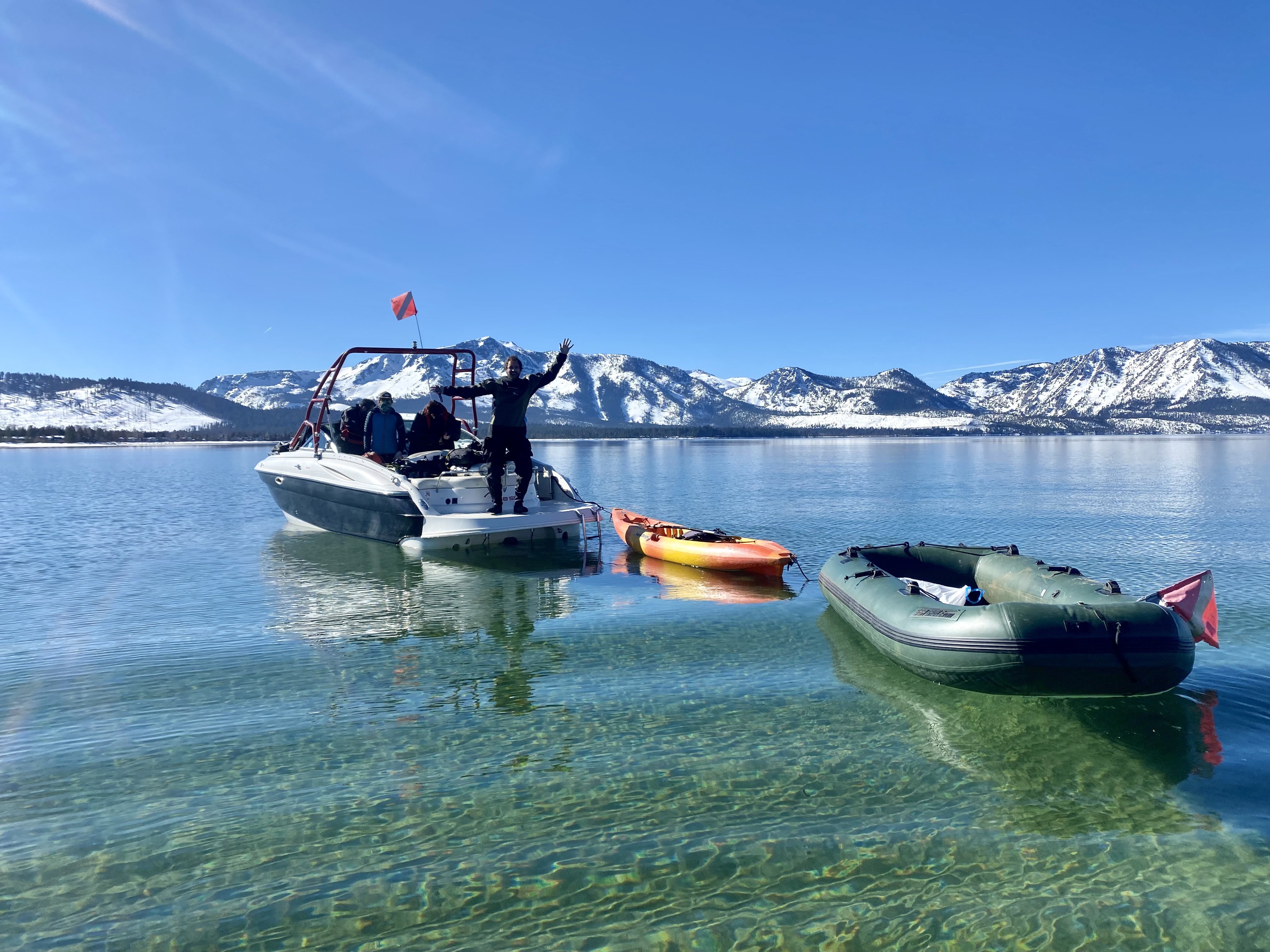 Sitting between Nevada and California, it attracts visitors from all over the world. People want to see those famous crystal clear blue waters up close.

It takes a lot of dedicated effort to keep the water clean and blue. We’ve talked a lot about urban stormwater runoff, invasive species and wildfire ash impacting the water quality and clarity.

Another major problem that’s a lot more visible: trash in and around the lake. There’s a lot of it, and it’s a daunting task to get it out.

A group called Clean Up The Lake has been diving into Lake Tahoe to get as much out as they can. They recently completed their mission, 72 miles and 25,000 pounds of trash later. 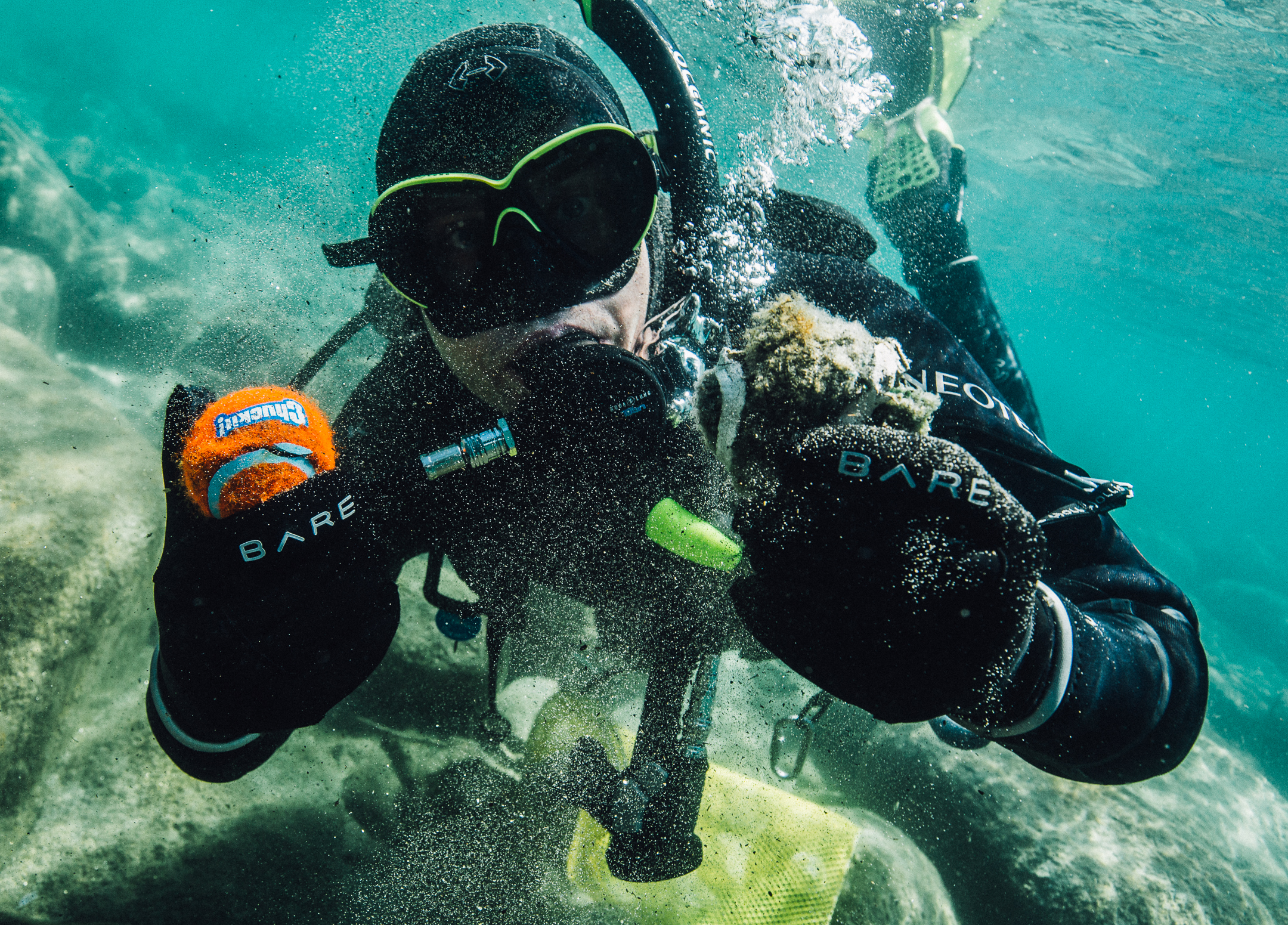 Courtesy: Clean Up The Lake

Colin West is the executive director of the group, founded in 2018, but he said it took off the next year. They launched a final time in 2020, during the pandemic, and now have seven employees, eight members on the board of directors and a team of consulting environmental scientists.

“There's absolutely intentional litter down there. But there's also a majority of it that I'd probably say is polluting the lake simply because we live here,” he said. “You see those fake owls that people put on boats, you see hundreds of sunglasses and hats that fall off people's heads. I don't think they're intentionally throwing sunglasses and hats and iPhones in the water.” 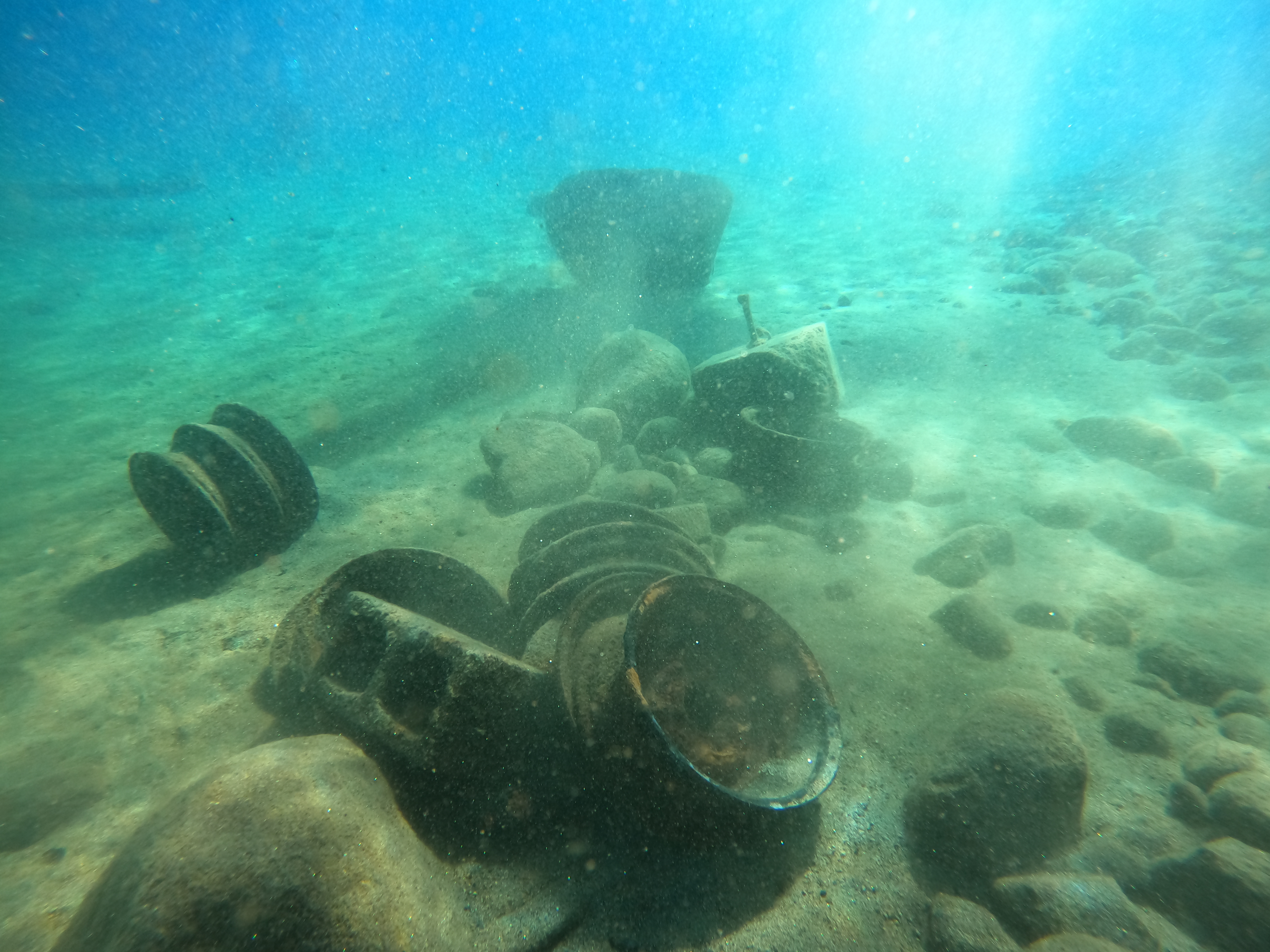 Courtesy: Clean Up The Lake

Over the past year, they’ve had 122 volunteer divers. They all join with different scuba skill levels, but ultimately share the same goal. West said they used mesh bags to comb the shoreline.

What do you do with 25,000 pounds of trash? “So our organization has decided to make art installations made from this litter a priority for us,” he said, to raise awareness. If it isn’t used, it’s recycled. The last resort is using a local waste facility.

The cleanup effort was funded mainly by Tahoe Blue vodka and the Tahoe Fund.

“We all have to work together and be stewards of this beautiful basin that we live up here in the Sierras,” West said.

Ahead of Earth Day, group celebrates Nevada side of Lake Tahoe clean-up effort

Ahead of Earth Day, group celebrates Nevada side of Lake Tahoe clean-up effort

Lake Tahoe Invasive Species: The Problem And The Plans To Solve It