The Nevada Homeless Alliance says 5,000 people are homeless in Southern Nevada on any given night.

They say 13,000 people will experience some kind of homelessness this year. It’s not just in downtown Las Vegas.

During the pandemic, it became such a growing issue in North Las Vegas that the city used federal COVID-19 relief money to start a program to address and prevent homelessness. It’s called the North Las Vegas Homeless Services Initiative.

The homeless issue isn’t specific to any area of Southern Nevada, but Serafin Calvo said they’ve been able to get data specific to North Las Vegas. He’s the community services and engagement director for the North Las Vegas Homeless Services Initiative.

“I think it has to do with the pandemic, and then the rise of rents in the area that are pricing people out of their apartments,” Calvo said.

The city recently got a $3 million emergency solutions grant that will be used for street outreach and further services. As far as prevention is concerned, the city is working with the CARE court to help those who have been arrested and identify as homeless. Their outreach workers visit the jail once a week and soon will be visiting twice a week.

The grant funding ends in September. After that, “there's other grants and other sources of funding that will continue the work of homelessness in North Las Vegas,” Calvo said.

And what about the people of Las Vegas? What are they doing to lend a helping hand? Well, how does pizza delivery sound? 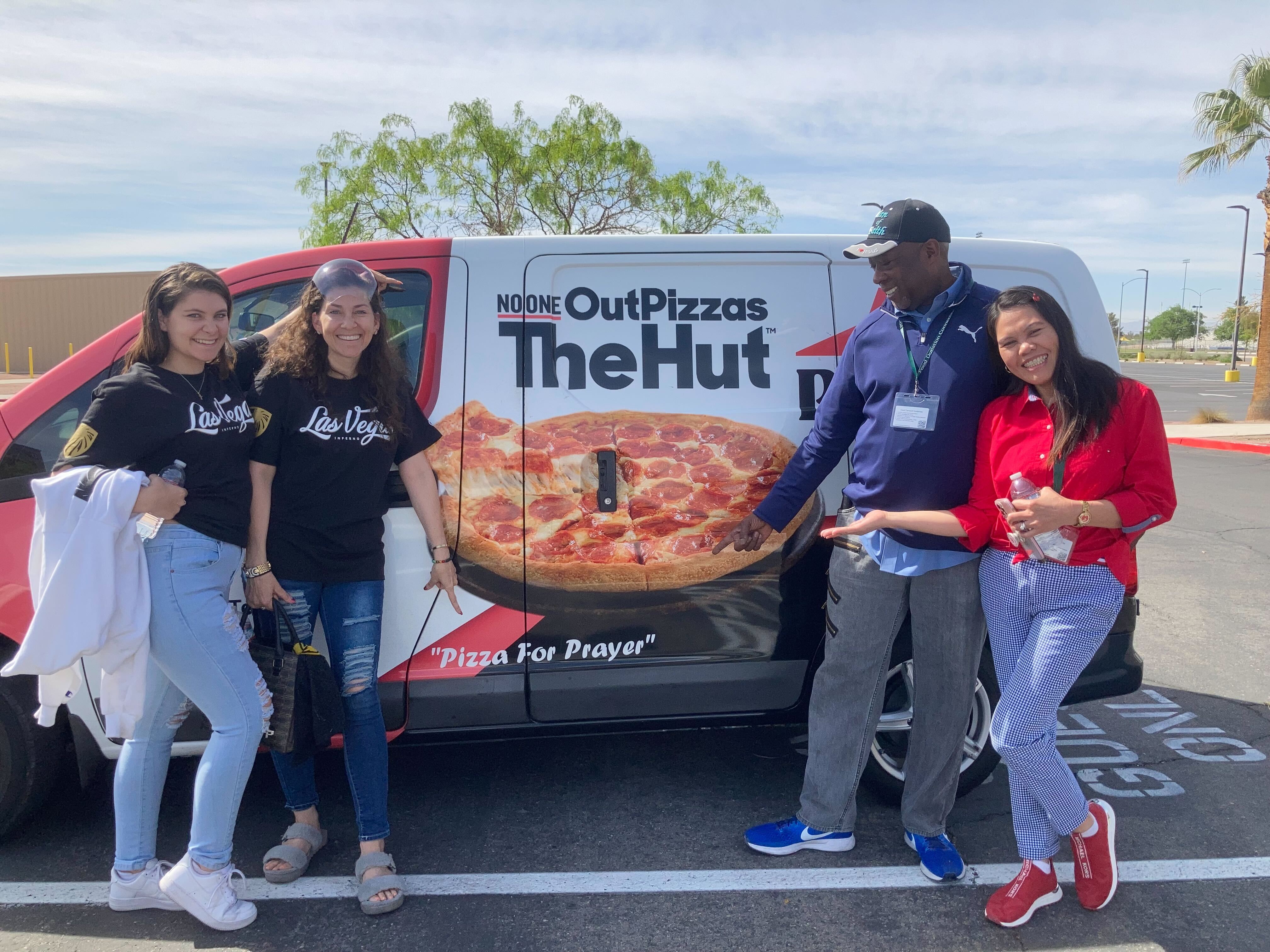 That’s what local nonprofit Pizza for Prayer is doing to help the homeless, and now they've partnered with North Las Vegas.

“I myself was once homeless. And I believe that God has inspired me to go back out and serve those that others have forgotten about,” said Landon McPike, the founder of Pizza for Prayer.

The group, operating in its seventh year, partners with Pizza Hut. When pizzas are unsold, they go into a freezer, and then the group are called and able to recover it. After that, he said they needed to figure out the logistics of distribution.

McPike said he'll ask someone to pray with him, and then give them pizza.

Briana Mercado, a volunteer with the program, has personal experience with homelessness. Her father was in and out of jail, she said, and he eventually fatally overdosed on the streets. Her sister Bonnie Mercado lived on-and-off with him.

"There is some drug addicts out there. But it doesn't mean that they're worthless and you can't help them. You need the right people in those positions," Bonnie Mercado said.

"Being homeless is transitional. So over the last seven years, I have seen people come and go, many of the people that we have prayed for have received results, transitioning from the street into their own domicile, veterans being able to get support, or at least pointed in the right direction," he said.